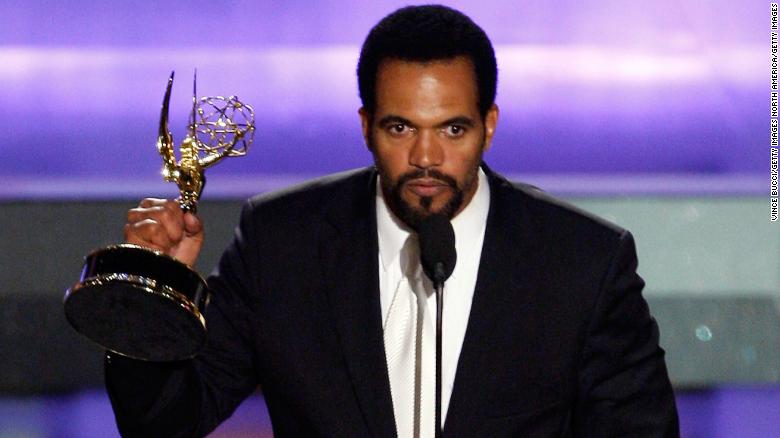 during the 35th Annual Daytime Emmy Awards held at the Kodak Theatre on June 20, 2008 in Hollywood, California.
Soaps

‘The Young And The Restless’ Spoilers: Head Writer Talks About Kristoff's Sudden Death

This week’s The Young The Restless spoilers suggest that Devon, Moses, Lily, and Malcolm, are going to mourn the death of their loved one. Many familiar faces, friends and other kins of the late actor Kristoff St. John are going to show up in the tribute episode. Josh Griffin, the head writer admitted that it was hard to write this storyline about Neil so fast after Kristoff passed away. But as he would have wanted, the writer is giving him a dramatic send-off. Griffin said that the actor deserved an emotional goodbye.

‘The Young And The Restless’ Spoilers: Neil’s Heartbreaking Death

Starting on April 23rd, Neil’s death’s storyline will begin to unfold. Shemar Moore is going to return as Neil’s brother Malcolm and say goodbye to him. Julia Pace Mitchell, Neil’s ex-wife, Sofia, as well as Angell Conwell, who played the role of Neil’s former love interest, Leslie are also coming for his funeral. A segment for honoring Nel is also going to be featured on the Talk. Victoria Rowell, Bryton James, and Moore are going to make an appearance on-screen. They will also share some memories of Kristoff in reality as well.

Next week on #YR, Ashley is back for the opening of Society and Devon is concerned about Neil. @shemarmoore also brings back Malcolm Winters along with more Y&R family to Genoa City. pic.twitter.com/rQQWIPhuKM

There is going to be a special episode in which the actors of The Young And The Restless are going to appear as their real self. This episode will feature different people sharing the fondest time with St. John and will keep his memory alive for years to come. The actors stated that the show has given an appropriate farewell to Neil’s character as well as the actor himself. The writers also allowed the actors to add some words of their own. Considering they all had their own personal bond with Kristoff, this seems like a viable decision.

‘The Young And The Restless’: Kristoff Would Have Wanted This?

According to the head writer Griffin, the episodes are exactly in line with what Kristoff would have wanted. Angelica Rosas McDaniel, the head of CBS Daytime has recently watched the episodes. She tells the viewers what they can expect in the coming days. She said she cried non-stop and thanks the entire crew for the amazing goodbye. Even though they were grieving his loss, they all dis a fantastic job of honoring the character and the actor.

Actor Bryton James stated that the producers and writers left scope for the rest of the cast to add their own lines Drawing from their own experiences with Kristoff, the actors could have mentioned memories and the time spent with his in their own words. The show gave the character the respect he deserved, and the audience are going to be content with what they are going to see.
How do you think the story will change for the time to come? Of course, his on-screen family is going to grieve for quite some time. Let us know how yo think this sudden demise affects the storyline in the long haul. Stay tuned with TV Season Spoilers to get Y&R The Young and the Restless