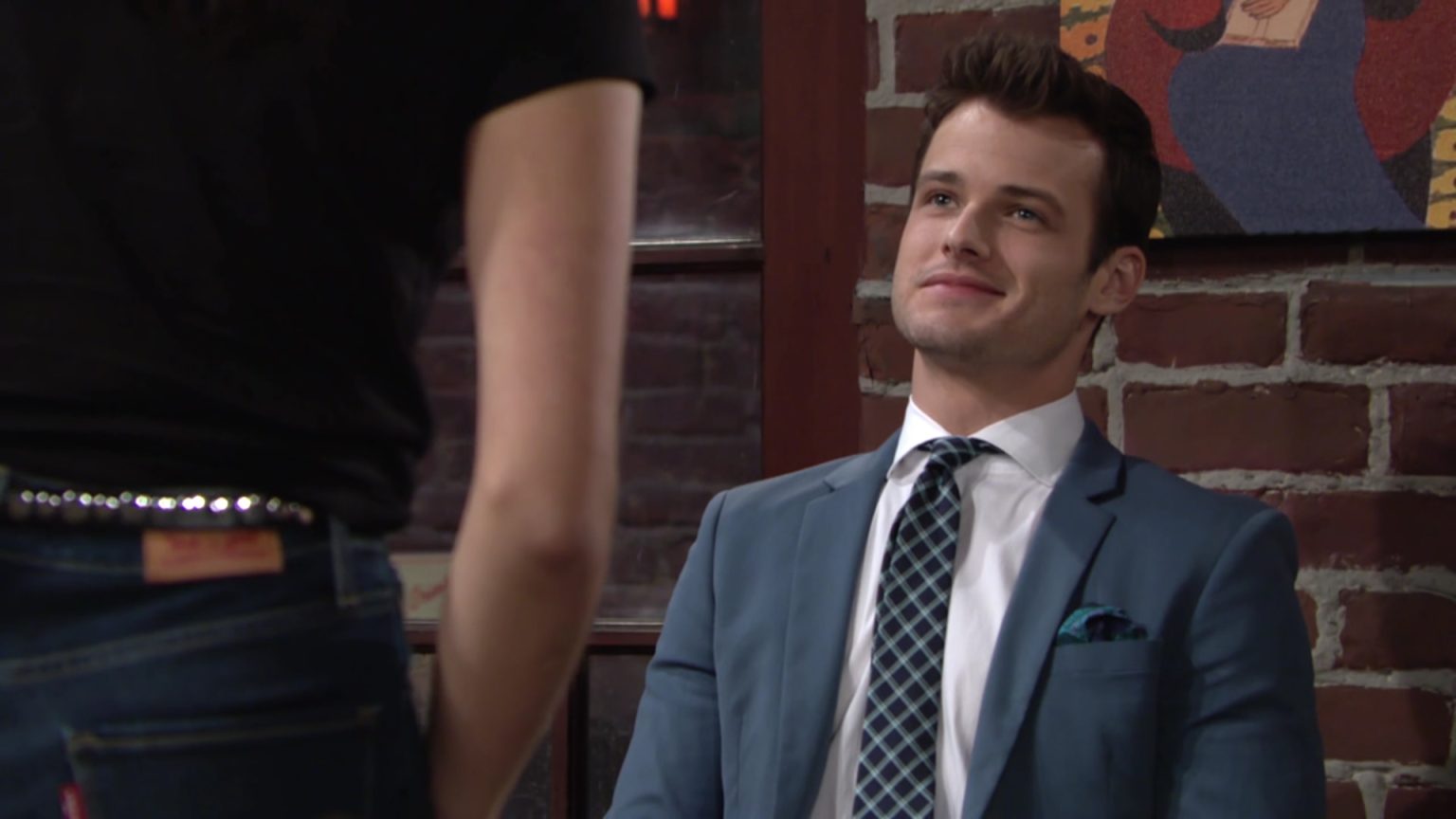 'The Young and The Restless' Spoilers: Kyle's Blunder That Will Cost Him

Let’s take a look at the juiciest The Young and the Restless Spoilers in detail. As all Y&R fans know, Lola has not been happy with Kyle and his decisions for quite some time. But despite all that, she is going to suggest him to book a room after dinner to talk. Well, obviously, they won’t just talk. Considering that Kyle has always been in love with Lola, he isn’t exactly going to say no to such a lucrative offer. It’s merely a moment of weakness that will lead him to do something they both regret later.

The Young and the Restless Spoilers: Kyle And Lola Heat It Up

Despite knowing that Kyle is now married to another woman, Lola urges him to book a room to talk. Without considering that Kyle is now Summer’s husband, Lola wants things to go her way. Just after Kyle and Lola had dinner that was full of confessions, little did Kyle know that he was about to get into a big mess. He once told Jack that he is madly in love with Lola.
Just when things are about to get hot, Summer calls Kyle and his phone buzzes. The perfect call spoiling a guilt-ridden perfect moment! Kye and Lola realize what they just did and how it could affect their lives as the truth comes out. The only thing Kyle can do right now is confess to Summer about what he was about to do and apologize.

Also, Summer’s mom is kind of involved in the couple’s life and can’t stand to see her daughter hurt. It seems like Summer is not ready to leave her husband out of town even for a few days. Just when she was about to cross the city limit, she reversed the car and returned in search of her husband. Since Phyllis’s PI has got everything on camera, it’s better Kyle confesses rather than Summer knowing that her husband has cheated on her from somewhere else. Even after the confession, no matter what happens, Kyle will always be the husband who cheated and Lola will be the other woman.

Y&R: What’s Going On With The Others?

Victoria and Bill have got another confusing situation going on. She is off having her own time in Vegas. Suddenly Bill shows up at her doorstep as a part of a rescue plan. However, Victoria is far from needing any kind of rescue. Even though she has gotten herself close to a long-awaited mystery, her decisions only contribute to complicating her life even more. Now, she is acting all ‘happy couple’ with him. This situation has fans confused about where her emotions are headed.
How do you think will Summer react once she finds out about what her h usband did? Will she be able to forgive him or plot an act of full-fledged revenge? Let us know in the comments below. Stay tuned with TV Season Spoilers to get Y&R The Young and the Restless