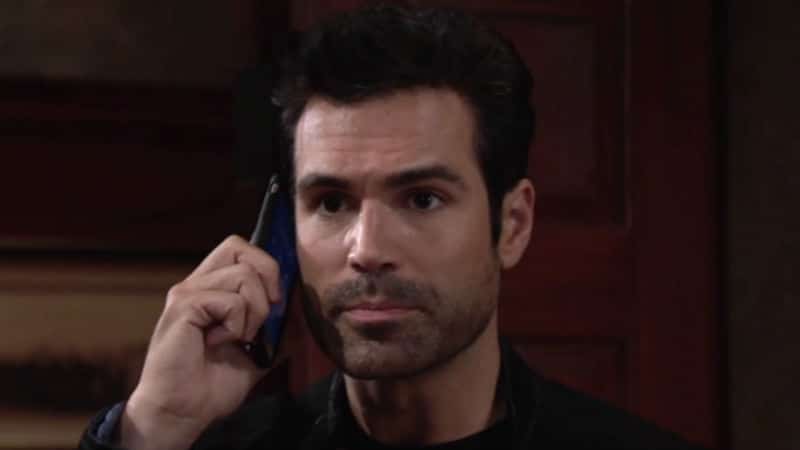 'The Young and the Restless' Spoilers: Rey's Fear To Come True, Chelsea Falling For Rey

The Young and the Restless Spoilers suggest that Sharon and Adam are again getting closer. Sharon and Rey were going strong before Adam came along and confessed that he still has feelings for Sharon. Rey has always been a little skeptical about Sharon helping out Adam. However, when she told him that she is just helping him back for being there for her when she needed, he decided to trust her. It seems like Rey’s trust is going to be broken.
Rey and Sharon’s relationship was something that fans expected would last long after Mia finally gave Rey the clear exit. But with all the Adam drama going on, it seems likely that the relationship is on the verge of destruction.

Rey won’t be happy about this. 😳 #YR pic.twitter.com/KPnPPgjPlb

The Young and the Restless Spoilers: Rey’s Fears Coming True

Sharon doesn’t approve of the way Adam is dealing with the situation with Christian’s cus tody. When he is himself, Adam can really push her buttons. But the fact that she always gives him the benefit of the doubt is what has got Rey in doubt and fear. When Adam confronts her and confesses about his latent feelings for Sharon, it definitely struck a nerve. Even though Sharon resists at first, but the hug says it all. She heads back and gets intimate with Rey, but he sees right through the act and accuses her of using him to get over Adam.

Y&R Spoilers: Will Rey and Chelsea Fall For Each Other?

The story we know is that Chelsea remarried and her second husband has adopted Connor. SHe is coming back to Genoa City and is afraid of Adam. Maybe, she should be. The Young and the Restless writers are plotting a totally different and an intense plot for Adam. Viewers are going to see a totally different version of him.
The writers are indicating Shadam reunion. We saw the chemistry between them in a dream sequence by Adam. He saw a steamy dream where he and Sharon were busy going all the way. If they do get together, where does this leave Rey and Chelsea? According to speculations, there might be an interesting turn of events in the case if Chelsea and Rey hook up.

What’s Going On With The Other Characters?

Christine is still dealing with her clash with Victor. Paul plays the best husband and surprises her. Nick confronts Victoria who is in no mood to seek an apology. Kyle finally proposes to Lola properly.
What do you think Chelsea’s arrival means for the storyline of The Young and the Restless? Let us know in the comments below. Stay tuned with TV Season Spoilers to get Y&R The Young and the Restless