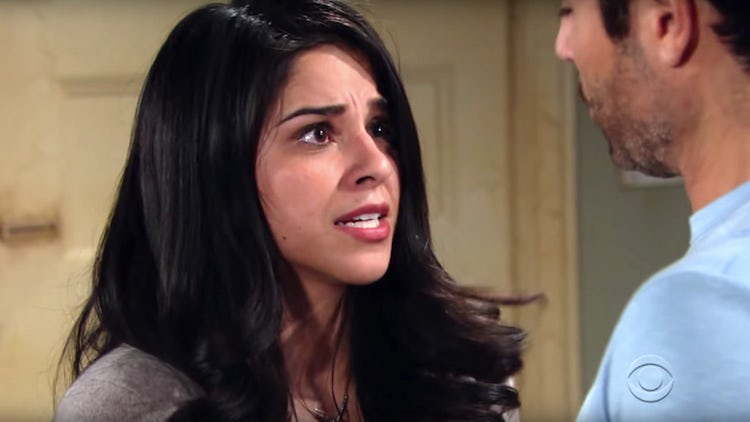 'The Young And The Restless' Spoilers: Mia's Ultrasound, Phyllis & Jack

The Young And The Restless Spoilers have been talking about Mia’s pregnancy for quite a while. But when it turns out that the fake pregnancy is actually real, Mia is going to bet the shock of her life. It all started when Sharon got to know of Mia’s pregnancy via a fake sonogram. Rey didn’t tell her that Mia is pregnant and found this news out from another source really stung her.
However, her shock was somewhat mitigated by the fact that Rey wasn’t sure if that was his baby or Arturo’s. Sharon asked Mia to meet her at Crimson lights when Mia yelled at her. She said that Rey has always wanted a child and she can give it to her. The ugly conversation was going on, and suddenly Mia had a shooting pain in her stomach.
Sharon called Rey and insisted on taking Mia to the hospital. When they reached the hospital, Mia declared Sharon is leaving the room and told the doctor that it’s just heartburn. After all, she is totally aware that she faked the entire pregnancy drama in the first place.

Next week on #YR, Mia gets a shock, Lola has a proposal for Kyle, and Billy and Victoria discuss their relationship. pic.twitter.com/JC5ynWj2Pg

‘The Young And The Restless’ Spoilers: Mia’s Ultrasound Turns Her Life Upside Down

When the doctor insisted on an ultrasound, Rey agreed. To Mia’s surprise, she was shocked to see a baby in the sonogram. She was 12 weeks along and both the mother and the baby were fine. Of course, there is more trouble lined up for Mia. A possibility is that the baby is Arturo’s.

No matter whether the baby is Rey’s or Arturo’s, it’s about family and Rey is going to be there. But one thing is for sure, he is not planning to be Mia’s husband at all. He is genuinely in love with Sharon. But because Mia tried to kill Lola when she thought she was Abby, Sharon is in danger. It is possible that Sharon might start to regret her decision of turning down a job offer for Rey. But she loves kids, and if the baby is actually Rey’s, she might end up being an integral part of his life.

Jack kicked Phyllis out of the CEO position on her family company. But that won’t stop her from building a connection with him. Apparently, all this is too tough to digest, and it’s risky for Jack to let Phyllis be in charge of the situation.

What About Cane And Lily On Y&R?

Lily is in no mood to give her marriage with Cane a second chance. Not only did he cheat on her, but he also let her down when she had no support. It looks like Lily is ready to move on while Cane mourns the loss of a good wife. Stay tuned with TV Season Spoilers to get Y&R The Young and the Restless