The Young And The Restless Spoilers for the upcoming episodes are going to have three characters in the prime. Dr. Neil’s will is going to reveal some interesting tidbits. Mariah is going to have an epiphany which will find her craving for a new start. Phyllis, as always, is going to be involved in a lot of scheming. Let’s dig a little deeper into the details.

The Young And The Restless Spoilers: Neil’s Will Reading

Characters involved in the event of when Neil’s will is read out are going to be in the penthouse. Michael Baldwin is going to be the one reading out the will. He leaves Nikki with Katherine Chancellor’s writings from her trip around the world and a bible with a passage. Victor Newman gets Neil’s nameplate from Newman Enterprises and a humidor along with cigars. He handed over the responsibility of the foundation to Jack Abbott. Ashley is entitled to a donation of $500,000 for an Alzheimer’s charity and a jazz record of the two of them dancing together. 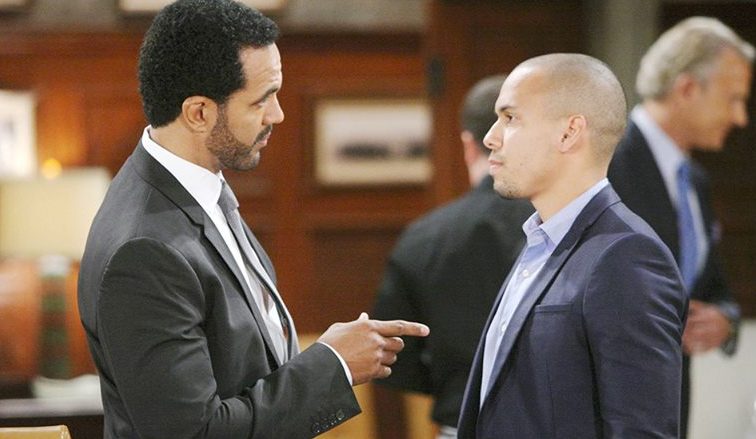 He leaves Drucilla’s jewelry to Sharon. Neil’s share of the company goes to Devon, and the bulk of his wealth will be left over at Lily’s watch. We hope he made wise decisions as he handed over different valuables to different people close to him. He also forgave Cane for his deeds and wished for him to receive the forgiveness of others he wronged.

Mariah has been working for Hilary for quite some time. But after she passed away, she has taken her place as the talk show host. Everything was going well until a scary stalker started harassing Mariah. Even if he might not be entirely correct, she is having second thoughts. Mariah took the man’s words to her heart and talked to Sharon. She told her daughter that it’s never too late to pack up and give yourself a fresh start. Mariah is actually considering doing something else.

Neil’s will is read today on #YR. pic.twitter.com/Zcn6PvXB6M

Do you think she is making a sound decision? This could be the best thing she could do with her life or it could all come back and backfire badly. According to Y&R head writer Josh Griffith, Mariah and Tessa are going to have to balance their personal and professional lives. We are going to have to wait and watch!

The Young And The Restless Spoilers: Phyllis Continues Her Schemes

Phyllis goes on with her schemes. Lauren interrupts her and calls her out for whether it has some relations to the shell company that Michael told her about. Of course, Phyllis will deny the same. Ashley warns Jack about possible competition from a Chines company with a similar logo. However, he doesn’t pay much heed to it.

Shady deals are going to unfold, and the drama is going to be legendary. Stay tuned and don’t miss a single moment of the intense action! Stay tuned with TV Season Spoilers to get Y&R The Young and the Restless Spoilers and updates for upcoming episodes.