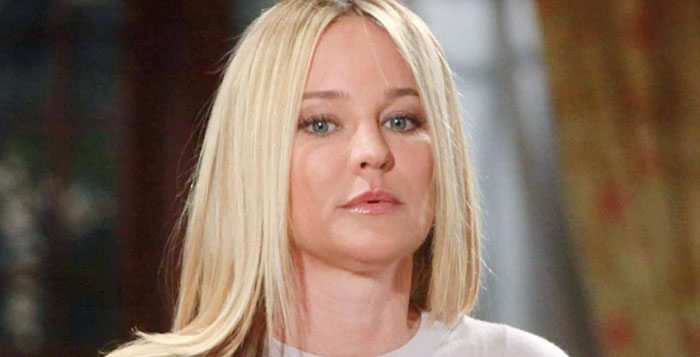 The Young and The Restless Spoilers: Nikki, Sharon, and Victoria will Face Legal Troubles

According to The Young and the Restless Spoilers, J.T Hellstrom will no longer get to terrorize people around him. It turns out that he was troubling Victor Newman along with the cover-up crew for quite a while now. But like all things happening on the show, even this must have an explanation as well.

The Young and The Restless Spoilers: Anthony Morina Takes Over as Y&R’s Executive Producer

With Anthony Morina as the show’s new executive producer and Josh Griffin as the new head writer, the storyline will go through a change. It will be interesting to see what their contribution does to the plot. As the spoilers suggest, some tweaks have already been made to Griffith, and now he will have some big stories which will hit the screen soon enough.

Here's the sneak peek clip #YR fans unlocked in our Facebook live this morning! 👏 In case you missed our fun game of trivia, check it out: https://t.co/D3wbFeEQ1Q pic.twitter.com/WBUDhDslrV

Needless to say, one of the stories will involve Adam Newman to welcome his comeback. This means that fans will have to bid goodbye to J.T. as soon as Adam Newman makes his entry. The moment when everything goes back to normal when Newmans will be settling to their lives. A presumed dead family member will come back creating an emotionally charged scene.
As soon as the team finds a good actor to play the role of Adam Newman, that is if they haven’t already. Then things will start to pick up momentum from thereon. Just like cover-up crew, Adam will face legal issues and will certainly have to take care of them. This turn of event is natural to happen because he was escaping when he was supposedly killed in the explosion. Moreover, he even assaulted a prison guard.

J.T. was struggling with a lot of pain which is why he started smashing things. He accidentally hit the gas pipe, and dangerous gases started to take over the room. J.T. passed

out soon enough. All the coughing from the leak made it impossible for the women to wake him up.
In a desperate need of air, they are frantic to get out of the whole situation. But as fate would have it, Victoria passes out on Nikki’s shoulders. And before she knows it, Nikki passes out as well. Sharon is the only one who is conscious at the moment and tries to do everything she can to save Nikki, Victoria, and J.T. But soon she also passes out on the floor while the gas keeps on filling the locked room.

Time to test your #YR knowledge! @HunterHaleyKing, @Michael_Mealor and @SashaCalle are LIVE on our Facebook page quizzing fans. Tune in here to play along and unlock an exclusive sneak peek: https://t.co/2VbptY1GuB pic.twitter.com/RmUfcM3FL6

Meanwhile, other Y&R spoilers suggest that Nikki Newman, Victoria Newman, and Sharon Newman will be rescued. But their stories don’t simply end there. They will face some legal issues which will involve obstruction of justice charges. But obviously, the show will come up with something to get the three women out of trouble and back to their homes.
So, after this week’s spoilers, one thing is for sure that there is a lot in store for the fans. Stay tuned with TV Season Spoilers to get Y&R The Young and the Restless Spoilers and updates for upcoming episodes.