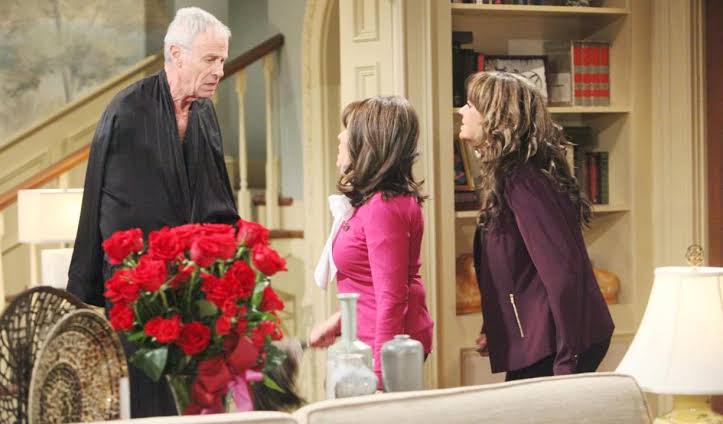 The Young And The Restless Spoilers The Rest Of November 2019: Revelation In Maldives?

According to The Young And The Restless Spoilers for the upcoming two weeks of November 2019, there will be tit tat among the characters and a startling revelation. After the weeks of complications, it seems that Y&R team is set to party hard. Funny days!

The Young And The Restless Spoilers: Cane And Devon Clash

The spoilers of The Young And The Restless say that after his meet with Chance Chancellor, Devon will be unable to control his anger. When Devon got to know that Chance had nothing to do with Amanda and he never met her, he will lose all his patience. Devon will confront Cane to acknowledge honestly if he has done any scam in Katherine’s will. However, Cane will deny the allegations and make Devon more resentful. Cane is in great danger. Does he possess any responsibility for the drama going on, or the mess is someone else’s conspiracy to target Cane?

The Young And The Restless Spoilers: Revelation In Maldives

Meanwhile, the chaos of Katherine’s will there will be a trip to the Maldives. When an undercover officer came to know about Jill Abbott’s mission in the Maldives, he will decide to book a flight to accompany her. However, therein Colin’s cortege, Jill will realize that Colin’s mind game plays her. Colin will welcome her with a satisfying smile. He will confess that he had been expecting her arrival. Jill will demand him to tell the truth regarding Katherine’s will, and there will happen a startling revelation.

The Young And The Restless Spoilers: Nick To Drop Amanda?

Herewith, Nate, Elena Dawson, will ask him to hire someone else as his lawyer. Currently, he has employed Amanda, and he thinks that she is the best to win. Amanda will get an opportunity to prove her stuff in the upcoming hearing, where Victor Newman is supposed to take the blame.

The Y&R: What Is Phyllis Upto?

The Young And The Restless Spoilers say that Phyllis will continue digging out the information about Simon Black. She wants to know how he relates to Chelsea and Chance. Abby Newman will have a fascinating offer, and Chance will hope to make the deal.

Jack Offers A Job To Theo

Theo will move to his cousin’s place. It seems like Theo will have a job from Jack Abbott at the Jabot office. It is probably the only way to keep Theo from fleeing to Paris, but the spoilers say that Kyle will not approve.

The Young And The Restless Spoilers: Chelsea And Nick Not Normal

The spoilers of the soap say that even after Nick didn’t object to Chelsea’s stay with Adam, he is still not okay. Assuring Chelsea to put Connor first, Nick’s patience is on the test. On the other hand, Connor, who wants his parents to reunite, will do every possible thing to make them one. A for Adam, he wants assistance from Sharon.

Let's talk about this show! 👏 We had so much fun celebrating 30 years of Peter Bergman on #YR

today at @TheTalkCBS. 🎂 What did you think about that amazing cake? pic.twitter.com/AD3e6eYGuq

Peter Bergman is celebrating his 30th anniversary with the Y&R. With Jack’s idea, the Abbott mansion will be celebrating Traci Abbott’s memoir. He will express his gratefulness to the loved ones. The spoilers say that Victor and Nikki Newman will also throw a party. It seems that there will be a lot of fun. Stay tuned with TV Season Spoilers to get Y&R The Young and the Restless Spoilers and updates for upcoming episodes.