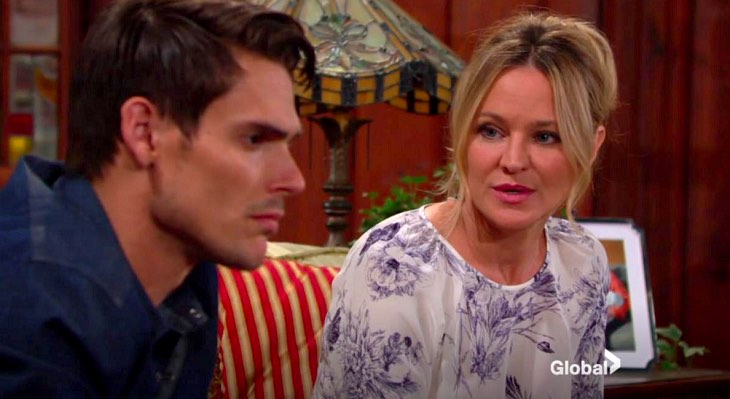 'The Young and the Restless' Spoilers: Where The Confrontation Of Feelings Between Adam And Sharon Will Go?

According to The Young and the Restless Spoilers, Summer is worried sick about her mother. She thinks that Phyllis is in trouble which she is. There are many ways in which Kevin thinks Adam can cause harm to Chloe. SO, he is going to strike a deal with him. As for Devon, he is still not able to take things further with Elena. Let’s take a look at The Young and the Restless Spoilers in detail.

The Young and the Restless Spoilers: Adam And Sharon’s Confrontation

Adam and Sharon have a confrontation in which he lets her know exactly how he feels. They had a one-time affair, and he told her that he hasn’t gotten over her. Even though Sharon will deny at first, but she knows exactly how she feels. She goes to Rey and gets all steamy, but the detective is no one to fool. He sees right through her and realizes that Sharon is using him to get over Adam.

It all started with the way Phyllis behaved at the society. Summer told Nick that she was shocked at the way her mom acted out at the event. Nick explained to her that she might be reacting due to revenge. However, when Phyllis didn’t contact anyone for a long time, Summer started to get suspicious and found out that her mom isn’t in her suit. Meanwhile, Kevin abducted her from there, and he now wants to have Chloe in exchange for Phyllis. He is trying to strike a deal with Kevin, but there are chances that the deal is not going to go as well planned as he is expecting.
Adam and Kevin meet at a bar, and Kevin makes it clear that Adam wants Chloe. He is affirmative that Adam has tracked her down. He wants Chloe and agrees to offer him, Phyllis. But it’s a dead deal as Adam doesn’t have Chloe. Moreover, if Kevin reveals that Chloe is alive, she would have to deal with an attempt to murder charges.

Dina Is In For a Wonderful Surprise

Traci and Jack will pay Nina a surprise visit. Also, Tessa will show up with her guitar. Unfortunately, Dina doesn’t remember who Traci and Jack are, but she will definitely feel elated because of their company. Tessa is going to hold a private concert for Dina which will bring huge smiles to her.
There is going to be some intense drama with almost all the major characters. Do you think this is the ideal time for Michelle Stafford to show up? Let’s know in the comments below. Stay tuned with TV Season Spoilers to get Y&R The Young and the Restless