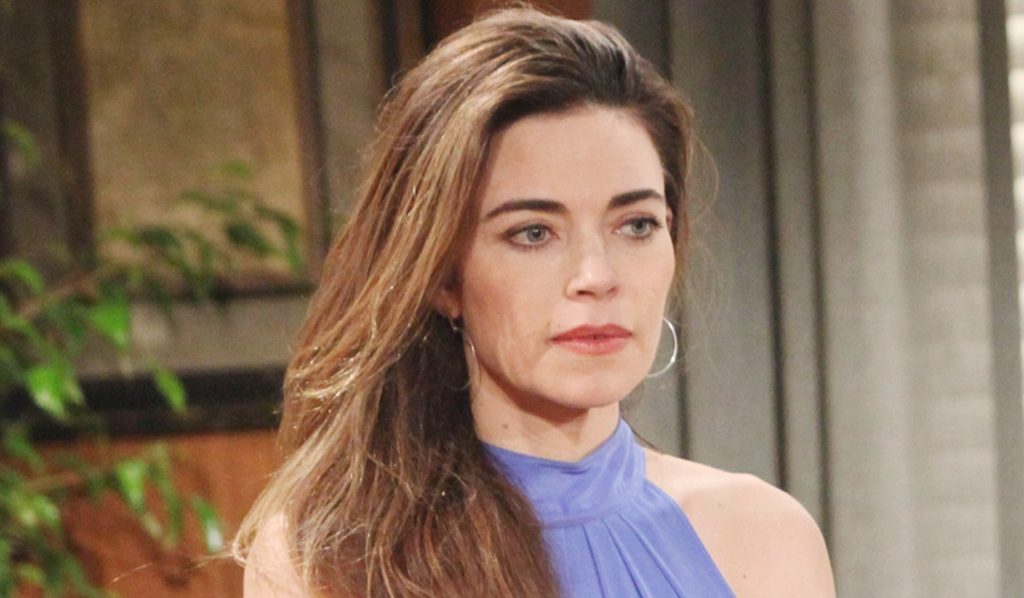 The Young And The Restless Two-Weekly Spoilers: Ashland and Victoria Come Closer!

The latest The Young and the Restless spoilers for June 7-18 claim that viewers will witness some very interesting drama. Ashland and Victoria will come together. Then Sally will continue to target Summer. Speaking of Summer, she will try very hard to bond with Harrison. However, she might fail at it. Meanwhile, Rey and Adam will have a faceoff, and Mariah will have a confession. What could that be? Keep reading to find out-

The Young And The Restless Spoilers For June 7-11: Ashland And Victoria Come Closer

As we move into the week of June 7-11, The Young and the Restless spoilers reveal that things will start heating up between Victoria and Ashland in a good way. Spoilers reveal that Ashland will be going to New York to take care of a few things, and he will ask Victoria to come along. This will obviously be an elaborate date that might end with the two of them taking their new budding romance to the next level.

While Victoria will have some reservations about this whole thing, she will want to take a risk with Ashland. Ashland intrigues Victoria big time, and the same is true for Ashland. He finds Victoria quite intriguing too. So, it looks like the two of them will take this step. It looks like a new power couple might be in the making in Genoa City.

As we move ahead in the week, The Young and the Restless spoilers reveal that Adam and Rey will get into a heated confrontation. Rey and Michael Baldwin will set out on a mission to prove that Victor was behind arranging Chelsea’s breakdown. However, Adam wouldn’t like it. He will want Rey to accept the judge’s decision and leave Chelsea and his whole family alone. So, Adam will lash out at Rey in the upcoming days. Spoilers reveal that Rey will ignore this warning and continue on his mission anyway. It looks like situations will get tense for Adam and Rey in the upcoming days.

The Young And The Restless: Kyle Bonds With Harrison

Kyle will continue to bond with Harrison in the upcoming days. As a result, he will also come closer to Tara. However, Summer will not be as lucky. She will find it really hard to bond with the little boy. It looks like viewers will get to see Summer fighting with a number of obstacles before she and Kyle can finally come together.

Rounding off the week of June 7-11 will be Sally spectra, who will make yet another alliance. However, this will be a risky one. The Young and the Restless spoilers reveal that Tara and Sally might come together for mutual benefits. While Sally and Tara aren’t on the best terms, it looks like they might be able to work together to fulfill their motives.

If Sally and Tara do come together, there is a lot that the two of them can achieve. However, what if Ashland comes to know about this? He will indeed feel that Sally is double-crossing him. How will Sally deal with that? We will have to wait to see.

As we move into the week of June 14-18, the Young and the Restless spoilers reveal that Sally will have revenge on her mind. She might also go ahead with the risky partnership we mentioned before. It looks like Sally will do everything in her power to make sure Summer suffers big time.

While Sally works on the plan to avenge Summer, Abby Newman-Abbott-Chancellor will be really worried. The Young and the Restless spoilers suggest that Chance Chancellor will stop sending the cute messages and reminders to his wife. So, Abby might start panicking when she loses all contact with Chance. However, the good news is Christine will come and help Abby and Nina.

More related spoilers suggest that Mariah Copeland will have a confession for someone. It seems this will have something to do with the ongoing baby drama. So, we will have to wait to see what Mariah says. On the other end of the town will be Victor Newman, who will question Victoria about her interest in Ashland Newman. He might advise her to stay away from him.

However, Victoria might not let Victor intimidate her. So, situations might get tense between the father and daughter. We will have to wait to see what happens there. The upcoming two weeks will be full of action. So, make sure you tune in and enjoy. We will keep you updated with all the news about the soap opera. The Young and the Restless airs on CBS all weekdays. Don’t miss the action.