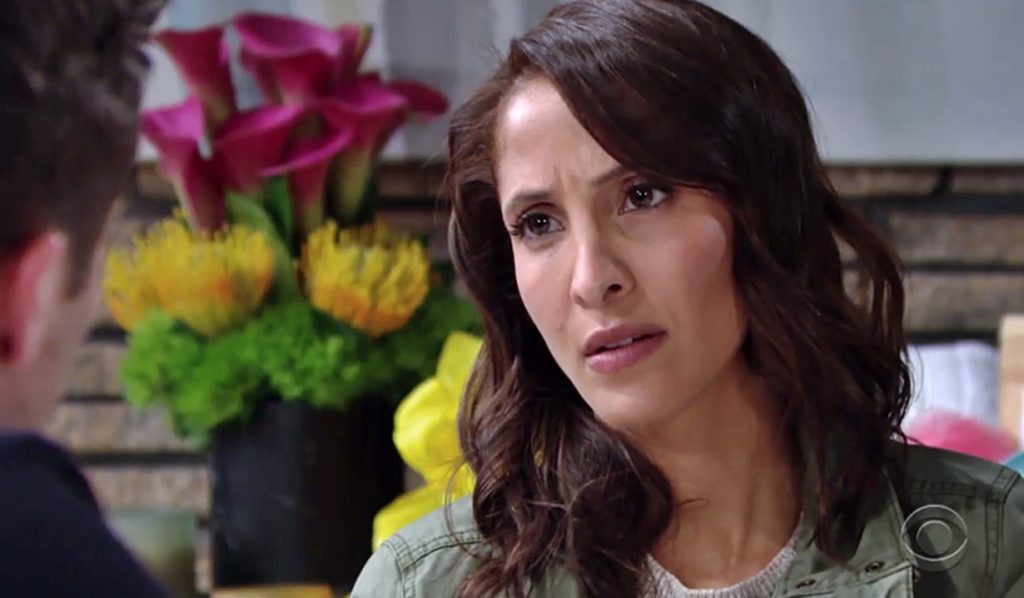 The Young and the Restless Two Weekly Spoilers: Lily Gets Into A War With Victoria, Adam and Victor Celebrates

The Young and the Restless spoilers for the upcoming two weeks reveal that a lot of drama is brewing in the land of Genoa City. The week of March 15 reveals that another war is on the horizon, and that could be deadly. The Cyaxares deal will be closed, and it looks like it is good news for Adam and Victor. What more will happen? Keep reading to find out-

Lily and Victoria Are In A War

The Young and the Restless spoilers for March 15-19 reveal that Billy will tell Lily about Victoria’s love confession. While Billy won’t think that this would change anything for them, it looks like Lily won’t really be certain about that. Spoilers suggest that Lily will push Billy to step back to sort his feelings.

On the other hand, Lily will also have a fierce face-off with Victoria. Lily will start wondering how long Victoria has been planning to steal Billy. However, Victoria will say that she doesn’t have any intentions of doing anything of what Lily is accusing her of. No matter what happens there, spoilers suggest that Lily and Victoria will soon be in a war of words.

The Young and the Restless: Adam and Victor Celebrates

More spoilers for the week of March 15-19 reveal that Adam will break out the bubble in the week. Adam will have something to celebrate, so he will open up a bottle of champagne. It looks like Ashland Locke will pick Adam and Victor over the others in the Cyaxares battle. More Adam-related spoilers reveal that Victor will give Adam a power boost by the midweek. So, they might start plotting some plans for Cyaxares once they are sure that they have won the battle.

On the other end of the town, Sharon will be really busy and worried about the health crisis Rey is in. Spoilers suggest that Rey’s condition will deteriorate. He will collapse in the living room before he gets to the hospital. Sharon will get really tensed, and she might call 911 for help. How will Sharon manage all of this? We will have to wait to know.

The Young and the Restless: Kyle Is Tensed

With Ashland and Tara in Genoa city, Kyle will start getting really concerned. He will think that Ashland would destroy his world. The walls have already started closing when it comes to Kyle and Tara Locke and the child they had together. Kyle will definitely worry that these secrets will come out, and everything will start falling apart. How will Summer react when she comes to know all about it? It will be a very interesting storyline.

Amanda and Devon Part Their Ways

More The Young and the Restless spoilers suggest that Amanda Sinclair will come to know that Devon had lied to her about the bracelet and why Elena was at the penthouse. So, she will not like this and most probably break up with Devon. Amanda cannot take the lies, and Devon kissing Elena is just something that no one would be okay with. So, it is yet to be seen where the two of them go from here.

The Young And The Restless: Preemption Is Coming Up

The NCAA March Madness basketball coverage is coming up. So, viewers will not get to see The Young and the Restless from March 19 to March 22. However, this won’t be very bad because some major drama will roll out on the soap opera later on in the week of March 22-26. What will happen in the week of March 22? Keep reading to find out-

Spoilers For The Week Of March 22

Starting off the week, it will be Phyllis, as she will take things too far. Spoilers suggest that there will be some situation, and Phyllis will push it so far that it will reach the breaking point. So, this could most probably have something to do with Sally Spectra. More Sally-related spoilers suggest that Jack will also be the one who lashes out and puts down his foot on the fact insisting that Sally’s harassment must stop.

Back with Rey Rosales, he will be shocked when he reaches the hospital. It looks like Nate Hastings will reveal that Rey has been poisoned, or maybe he might have some kind of drug in his system. When Sharon comes to know about this, she will go to Adam and have a heated argument with him. She will accuse him of this situation.

It looks like Chelsea was the one behind this, but Sharon will blame Adam, and that is the exact thing that Chelsea wanted. Spoilers suggest that Adam will undoubtedly deny having anything to do with this. But Sharon will be furious and will ask Adam to stay away from her.

Rounding off the week of March 22 is Amanda, who will get an SOS call. Who could it be from? Could it be from someone who needs her legal services, or maybe Naya would have called her? If Naya wants Amanda’s help, this might be a great opportunity for the two of them to bond. It looks like the upcoming two weeks in The Young and the Restless will be quite full of exciting events. So, don’t forget to tune in and enjoy. We will keep you updated with all the news about the soap opera. So, you stay tuned.