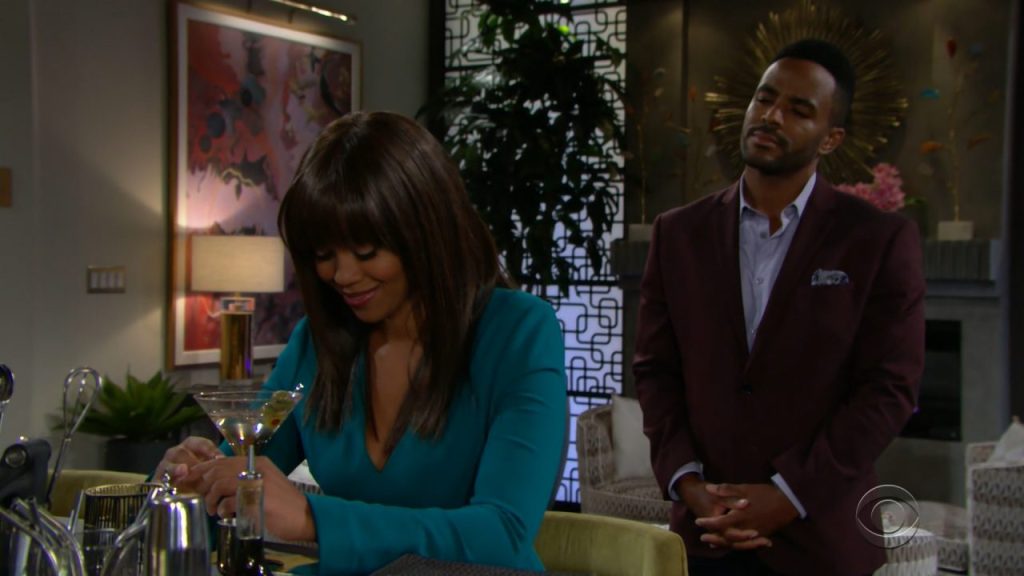 The Young and the Restless Two Weekly Spoilers: More Romance And Reunions On Cards

The Young and the Restless spoilers for the upcoming two weeks suggest that some big sequences are coming up on the show. In the week of March 30-April 3, Phyllis and Nick will dive into their reunion. Kyle will think about taking his relationship with Summer ahead, and Theo will try to show Kendra who Kyle really is. Kyle will feel protective of Dina and Mariah will have all the support of her family and friends. There are reunions, and confrontations in Young and the Restless. Keep reading to know all about these storylines

The Young and the Restless Spoilers: Kyle To Shock Summer

Kyle will shock Summer in the upcoming week. He will suggest that Summer and he should start living together. Summer will decline it at the moment as she isn’t in a hurry and Kyle-Lola are still married. Kyle and Lola will discuss their divorce soon, and that will be a painful conversation.

Theo To Keep Trying To Take Kyle Down

Now getting onto Theo Vanderway, he will push Kendra away from Kyle. Theo will not rest until he successfully takes down Kyle. Some Dina Mergeron drama is coming on the way soon too. So, Theo will go and visit Dina in the Abbott Mansion. But it looks like Kyle will be disapproving of this visit.

At some point in the upcoming week, Kyle will start feeling very that his grandmother is getting exploited to put on a show for Lola. Along with that, he will also feel very protective of Dina. All of this will lead to a fight. He will be in conflict with Theo and Jack.

Now talking about Jack, he will get closer to Jill Abbott in the upcoming week. The two might connect as lovers soon. Mariah Copeland and Tessa Porter will also reconnect in the week to come. Unfortunately, Mariah and her plan to stay on tour with Tessa will not work as she had thought.

Sharon is going through a cancer crisis. Mariah will go back home to support her. Faith Newman will use this support as she is breaking over the Sharon situation. Young and the Restless teasers indicate that Sharon will start her treatment very soon. Mariah and Rey Rosales will stand by her when she gets results. However, Sharon will choose to face it all alone. The whole squad will, later on, find out whether the news is good or bad. Sharon will, however, take her time to process the results.

The Young and the Restless Spoilers: Sharon Has Hopes

The Young and the Restless teasers suggest that it won’t all be very easy for Sharon, but there are hopes. So, the results what the test isn’t what she wants to hear. It is possible that ger Chemo might not work initially, but there are hopes for the woman forward in the path. The Young and the Restless spoilers reveal that she will fight and strive all the way down.

Next is, Amanda Sinclair will make a risky move. This will put her heart on the line. It looks like Nate Hastings will go on a date. For Ada, Newman, he will shock stun, Victor Newman, with a blackmail bomb. Victor will have proof that he was the one who killed AJ Montalvo and will want Adam to keep quite.

Further in the week of April 6-10. Victor will decide something. He will do something to get a grip on things. What does this really mean? Victor might be changing some records and fool Adam. He will make her it look like Adam isn’t his biological son. That can be a way to keep him out of the family.

Traci will have some advice for Lily Winters. She is Miss Fix-It for Genoa city. Traci has a warm heart and a caring spirit. She is really an excellent person to guide someone. So, she will give Lily some advice, and it will be exactly what she wants to hear.

In the week of April 6, Nate will make room for romance for her and Amanda. Amanda has taken the first move surely, but Nate will be following her lead. It looks like they will start dating on a sweet and hopeful note that will sizzle down the road.

The Young and the Restless Spoilers: Adam And Nick Faceoff

Meanwhile, Adam and Nick will have a confrontation. Nick will come to know that Adam is blackmailing for the Newman CEO position. He will rip into his brother about this. If Victor gives any control to Adam, Nick will be furious.

However, we don’t know how long it will take Adam to win. Victor’s strategy may give Adam power as long as it could put his plan in motion. There are some very interesting sequences coming up on The Young and the Restless. So, all the Y&R fans, don’t miss any action there. Stay tuned with TV Season Spoilers to get Y&R The Young and the Restless Spoilers and updates for upcoming episodes.