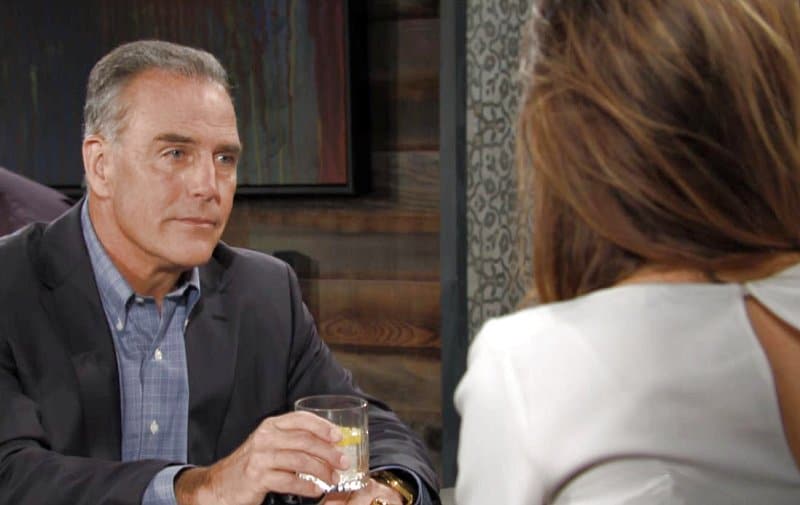 The Young and the Restless spoilers for the upcoming two weeks of September 13-24 are out. And it looks like Ashland will finally confess something. From what the spoilers suggest, Victor and Billy will be after Ashland’s truth but will they be able to find anything? Then, spoilers suggest that Lily will try to stop Billy, and Mariah will make a decision.

As we move into the week of September 20-24, Jack will also come up with an idea, and Victor will be by Victoria’s side. What will all happen? Keep reading to find out.

Spoilers For The Week of September 13-17: Victor And Billy Are After Ashland

Victor Newman will work to find out some details about Ashland Locke. General Hospital viewers know that Ashland and Victoria are all set to get married. So, Victor will want to make sure that Victoria doesn’t get her heart broken. So, he will try to find out the truth about Ashland. However, The Young and the Restless spoilers suggest that he might not find anything. So, he will have to walk about without any noteworthy information.

On the other hand, will be Billy, who will feel like he has hit the jackpot when it comes to Ashland. Spoilers suggest that he will find something about Victoria’s fiance and hope that she believes and understands him.

The Young and the Restless spoilers suggest that Billy’s Investigative team will find out that Ashland does not have a birth certificate or a certificate of his parents’ death. So, he will tell Victoria everything about it and hope that she looks into the matter. Further, spoilers suggest that while Victoria might argue that there could be a perfectly good explanation for all of this, she will then confront Ashland about it.

And as Celeb Dirty Laundry suggests, Ashland might cave to this pressure and come clean to Victoria about all of this. So, Victoria will be shocked, and later on, Ashland might even tell Nikki, Nick, and Victor about all of this. Ashland will be really sorry for hiding the truth, but he will hope that everyone can forgive him. So, Victor will finally get a chance to share his perspective on how secretive Ashland has been. Will they be able to forgive Ashland. We will have to wait to see.

Speaking of Ashland’s truth, The Young and the Restless spoilers also suggest that Lily will try to talk Billy out of publishing this Ashland story. Lily might insist that they need to get their facts clear before they publish everything. Will Billy listen to her?

On the other end of the town, The Young and the Restless spoilers suggest that Dominic Newman-Abbott-Chancellor will come home, and his christening ceremony will take place. While all of this happens, Mariah will feel more overwhelmed than ever. She will tear up and end up making a huge decision. Spoilers claim that while this decision might be painful, she will think that she should move out of the Chancellor’s mansion. How will Abby react to this? We will have to wait to know.

Coming back to Nick, The Young and the Restless spoilers suggest that Jack will think about his love life and wonder if he and Phyllis are a good match. It looks like Nick will confide in Jack and might ask him about his opinion. Jack might not have much to tell Nick since he still wants Phyllis for himself. But he will try to help him as much as he can.

The Young And The Restless Spoilers for September 13-17: Sharon Lands In Hot Water

Rounding off the spoilers for the week of September 13-17, The Young and the Restless spoilers confirm that Sharon will land in some difficult situation with Rey Rosales. She has decided to help Adam Newman with Connor Newman, and Rey will not like this. Sharon will once again become the guiding light for Adam. She might tell him that he should tell Connor about the fact that his parents are separating.

The Young And The Restless Spoilers For The Week Of September 20-14: Jack’s Realisation

As we move into the week of September 20-14, The Young and the Restless spoilers suggest that Jack will think about the state of his life. Right now, he has hit rock bottom, and he will think about a total transformation. Since Jack has been down for some time now, he might decide that he needs to make some conscious improvements. But, unfortunately, he might realize that something is missing without Phyllis in his life.

Over at Victoria, spoilers suggest that she will continue to feel shaken because of Ashland’s confession. While Victor will be by her side and help her through everything, she will not feel okay. Their marriage will proceed for now, but it looks like Victoria will start getting second thoughts about her fiance.