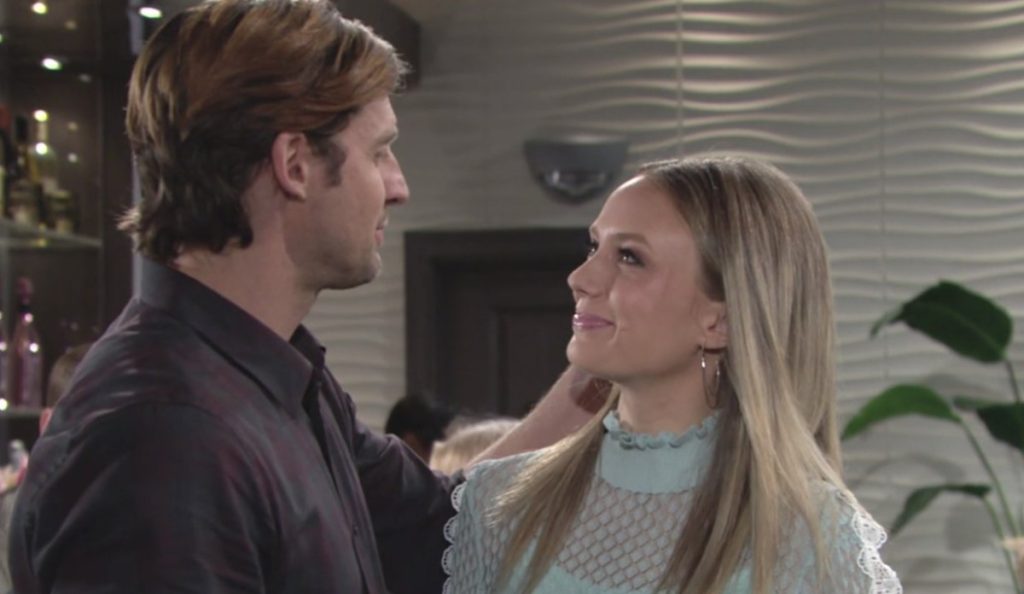 Young and the Restless: Chance & Abby In Trouble? Could A Love Triangle Be Coming Up?

The latest Young and the Restless spoilers reveal that some hot drama is coming up on the soap opera. The Adam storyline has already played out and brought in several situations there. One such impact of the Adam storyline is the conflict between Chance Chancellor and Abby Newman. Spoilers reveal that some problems might arise between the couple because of their opinions regarding Adam. What could happen? Here are all the details-

A Conflict Between Chance And Abby Coming Up?

Ever since the Adam Newman drama played out, Chance has been very concerned about him. Adam had saved Chance’s life in Vegas, so he considers him as his friend and wants to support him. However, Abby, on the other hand, thinks that she knows Adam’s true colors. He isn’t the same guy he was back in Vegas. This particular difference in opinion has been given a lot of limelight on numerous occasions. So, there is a fair chance that a bigger conflict might be on the way for this couple.

The Young and The Restless: What Could Happen Between The Two?

We are sure that Abby has assured Chance that he wouldn’t let anybody come between them. However, all fans know that the topic of Adam brings some tension for the two. Spoilers hint that this tension could grow into fights and then to a breakup or affairs, maybe? Could an interloper come between them? Chance is crazy when it comes to Abby, and he wouldn’t even think of cheating on her. Right now, they are on cloud nine but they wouldn’t be there for very long. What will happen then? We will know soon.

If this Adam issue drives conflict between Chance and Abby, it will make Chance lonely, and maybe he would stray? The couple might split completely, who knows? Regardless of what, Chance would find himself in a bad position and need to be consoled. So could Chance look for someone else? Maybe.

Could A Love Triangle Be On The Cards?

Given the actress’s age, there are multiple other characters she could be paired with. However, one cannot rule out this possibility. We will keep updating this space with all the information about the show as we get that, so you stay tuned.