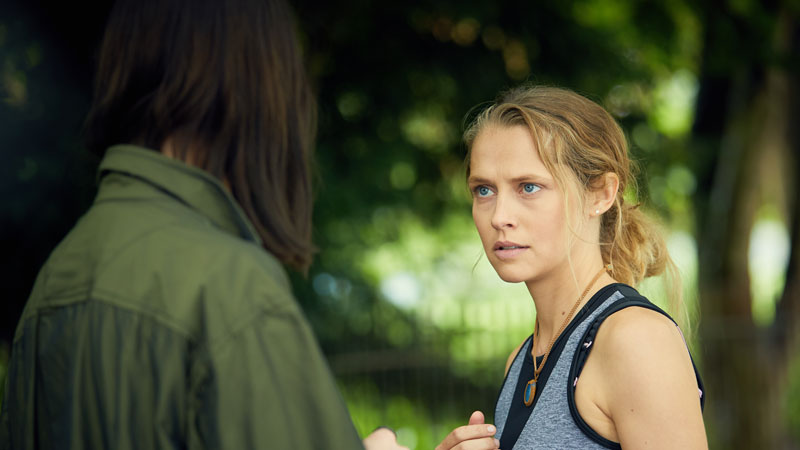 A Discovery Of Witches Season 2: Everything You Need To Know About It

One of the most popular drama on Sky One is soon returning for its second season. ‘A Discovery Of Witches Season 2′ will be back on screens this year. The fantasy series debuted in September 2018. Shortly after the release, Sky One renewed the show for its second and third season back in November 2018.
Based on Deborah Harkness’ trilogy, All Souls, the show depicts the story of a reluctant witch, Diana Bishop. Teresa Palmer brilliantly portrays the character of the witch that falls in love with a vampire. Matthew Clairmont (Matthew Goode), the vampire is the Professor of Biochemistry at Oxford.
The story complicates with the inclusion of the families of both sides. Moreover, fans are showered with an intense drama that has an amazing storyline. Diana and Matthew come across many twists and turns while protecting a bewitched manuscript. Admirers of the show love their chemistry throughout the journey.
The next two seasons will be the adaptations of Deborah’s other two books “Shadow Of Light” and “The Book Of Life.” These will continue the story of the first season.

A Discovery Of Witches Season 2: Plot

The first season of the show ends on a major cliffhanger. Diana and Matthew finally reach London circa 1590, safely. On the other hand, Sarah (Alex Kingston) burns a book which had the duo’s whereabouts. However, fans were left wondering about how will the pair manage to survive centuries ago in time.

The second season will feature Diana and Matthew’s journey after the time travel. The pair will be in search of a strong witch to train Diana to control her magic. Fans also sense hundreds of new complications in their way. A Discovery of Witches Season 2 is expected to give birth to many more mysteries.

A Discovery Of Witches Season 2: When Will The Productions Begin?

According to speculations, the productions for the show may start around the end of May or the beginning of June 2019. However, the lead actress Teresa Palmer will join the shoot a bit later. The reason behind the same is her pregnancy. The brave actress will soon start filming after giving birth to her little one.
Teresa’s fans were afraid if her pregnancy would lead to her exit from the show. Luckily, in an interview with Collider, she confirms her return. Also, she adds that she will join the shoot by July 2019.

Since the production of the show is yet to begin, A Discovery Of Witches Season 2 may take a while to hit the screens. The show initially released in September 2018. However, since the filming of the upcoming season will start as late as May or June, the release is expected by the end of 2019 or early 2020.
Sky One is yet to declare a firm premiere date of Season 2.


After the success of the the show on Sky One and AMC’s subsidiaries Sundance Now and Shudder, the show is ready to release on bigger platforms. The first season of A Discovery of Witches will soon premiere on AMC and BBC America on Sunday, April 7 at 9 p.m.
The show received much critical acclaim for its incredible cinematography, writing, and performances. The success of the show was thrilling for writer-executive producer Susie Conklin and the team. Hopefully, the new season will also manage to win hearts as the previous masterpiece.