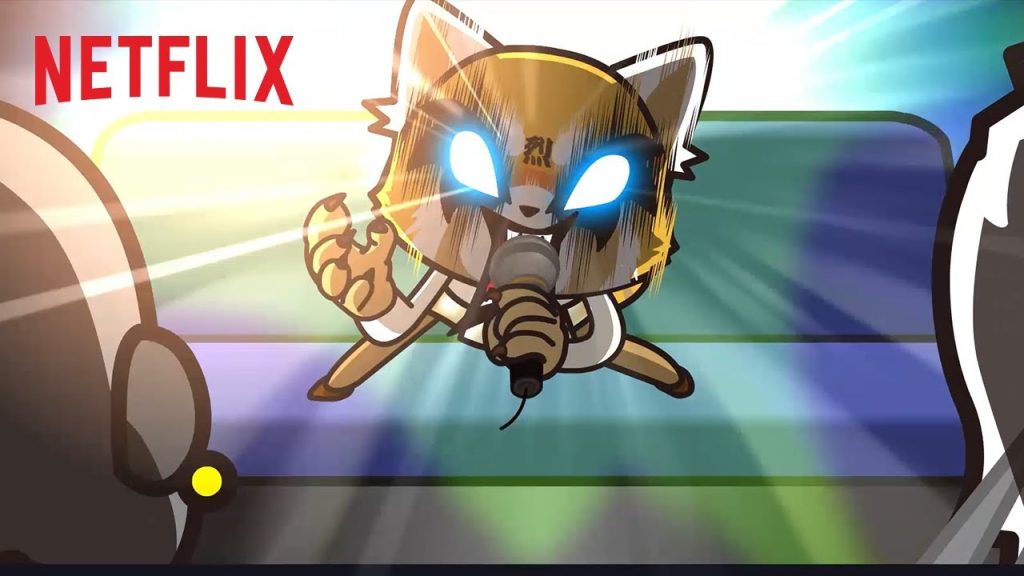 Netflix is in full stock of shows, delivering real-life weird and tough situations in a humorous and fun manner. The animated comedy of streaming service, Aggretsuko is one of them. Providing utterly entertaining two seasons, the show is in demand for the third one, Aggretsuko Season 3.
Aggretsuko is actually a Japanese musical comedy anime, featuring Sanrio’s character Retsuko. The lead is a 25-year-old red panda, a simple sweet creature who wants to be the best at her job. However, just like ordinary people, she also agitates and annoys at her workplace as well, dealing with the set of weirdly different people around her. After that, she channels her frustration into metal style karaoke sessions to relieve her stress.
The first season of Aggretsuko debuted in April 2018 on Netflix, followed by the second one just last month in June 2019. Both the seasons had ten episodes, all lasting for 15 minutes. Also, the first season of the show currently holds a 100% on Rotten Tomatoes. The show has been so much popular in adult working demographics.

Will Aggretsuko Season 3 Renew or Cancel?

The second season of the cartoon show just released on Netflix on June 14, 2019. The sequel has been received well by the audience and the critics as well. As of now, Aggretsuko did not receive renewal from Netflix. However, the streaming giant generally takes a month or two to renew its shows, depending upon the viewership followed.

Although, the fans are entirely sure that the real-life depicting cartoon show will return for another run. The fans have loved the show quite much as it delivered the actual life problems with all fun and charm.

What Will Happen in The Upcoming Season?

Aggretsuko Season 2 delved the audience more into Retsuko’s life. The second season expanded the spectrum of Retsuko by analyzing her relationships with her family and her friends. This took place by continuing focusing the streamline of the series, depiction of a working adult’s life in the workplace.
Unlike the first season, Retsuko also gained a different perspective for some of her coworkers. For Example, Kabae, the girl, whom Retsuko thought was just into gossiping, was witnessed counseling another employee with a more mature attitude.
Meanwhile, the third season will sink deeper into Retsuko’s personal as well as professional life. Also, her character has improved so damn much since the first two seasons. So, in the third season, she will likely put forth her knowledge gained in two seasons to good use. Not just this, it would also feature Retsuko growing even more while going forward.

The cartoon show is yet to be renewed by Netflix. However, the second season had just landed on the streaming giant. Netflix generally takes a month or two to renew its shows, depending on the viewership they received. Therefore, the audience will get the good news pretty soon. If Aggretsuko reboots for the third one, it will likely premiere in the first half of 2020.