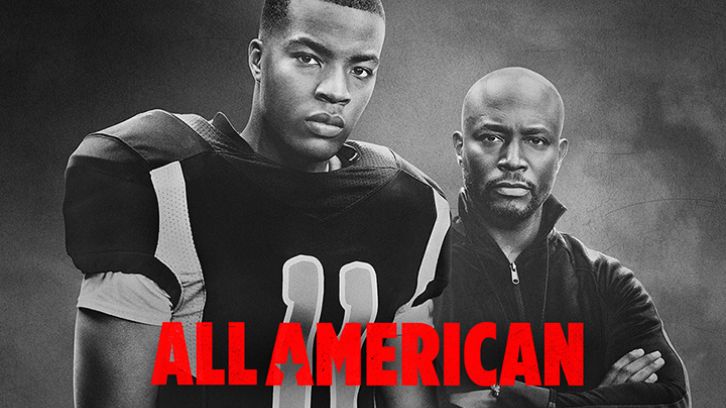 All American Season 2: Will There Be Another Season? What Will Happen?

Inspired by the life of professional football player Spencer Paysinger, All American comes to the conclusion of its first season. The show gained immediate popularity after its premiere on The CW. Fans found the show promising and demand for a second season. Luckily, the chances for the release of All American Season 2 are prominent.
Initially released in October 2018, the series revolves around a high school football player Spencer James. Daniel Ezra brilliantly portrays Spencer and his wins, losses, and struggles in Beverly Hills High. All American is an intense show and has a fascinating premise. It is one of the most anticipated shows of 2018, on The CW.
The CW is yet to renew the show for a second season. Unlike many other shows on the streaming channel, All American did not receive an early renewal. Moreover, as Season 1 has recently concluded, it may take a while to announce its return.

All American Season 2: Will There Be Another Season?

The President of The CW, Mark Pedowitz says that he is extremely proud of the show. However, he is still not sure if Season 2 will release. Though, he says that he may support the show on its renewal. He also adds that the showrunners may gather around in May to discuss the same.

Until then, it will be difficult to consider that Season 2 will get a release. The CW is expected to decide the show’s future around May 2019. The renewal depends on the show’s reception and the ratings. It may get a release if it receives enough positive reviews.

All American Season 2: Will It Release On Netflix?

After its conclusion on The CW, the show is ready to release on Netflix. The first season will now be available to stream internationally on the popular streaming platform. The debut season ended on Wednesday, March 20 and will premiere on Netflix by March 30 or March 31, 2019.
As of today, the show has received high ratings between the 18-49 demographic. It also earns positive reviews from fans and critics. Hence, the drama-series is likely to show its magic on Netflix as well. All American Season 2 may get an early renewal if it performs well on the streaming platform.

All American Season 2: What Will Happen Next?

The real-life football player Spencer Paysinger inspires the story of the show. He played for the New York Giants and Miami Dolphins before getting retired in 2018. All Ameri can portrays his early life as Spencer James. Similar to Paysinger’s real life, James’ journey as a high school football star is not smooth.
The show discusses his school life and how he was discovered by Coach Bily Baker (Taye Diggs) from Beverly Hills High. The Coach sees potential in James and helps him to get a scholarship at the school. However, his journey was not easy and he had to face many difficulties in the dramatic environment.
There are plenty of things left to discuss about Paysinger’s life. The CW can uncover his life ahead of the high school in the next installment. It can continue his life-story of how he became a professional football player from being just a high school football star. Moreover, fans can even expect a few more seasons if the showrunners decide to explain his story in detail.

The CW is yet to announce the renewal of the show. As it may take a while to form a decision, fans will have to wait for a while. In case it is shown a green light, All Seasons Season 2 may not premiere before the end of 2019 or the start of 2020.
Fans have seen much potential in the show so far. If the show manages to impress its international audience on Netflix, it may get renewed for a second season. Critics and admirers have high expectations from the sports-drama.