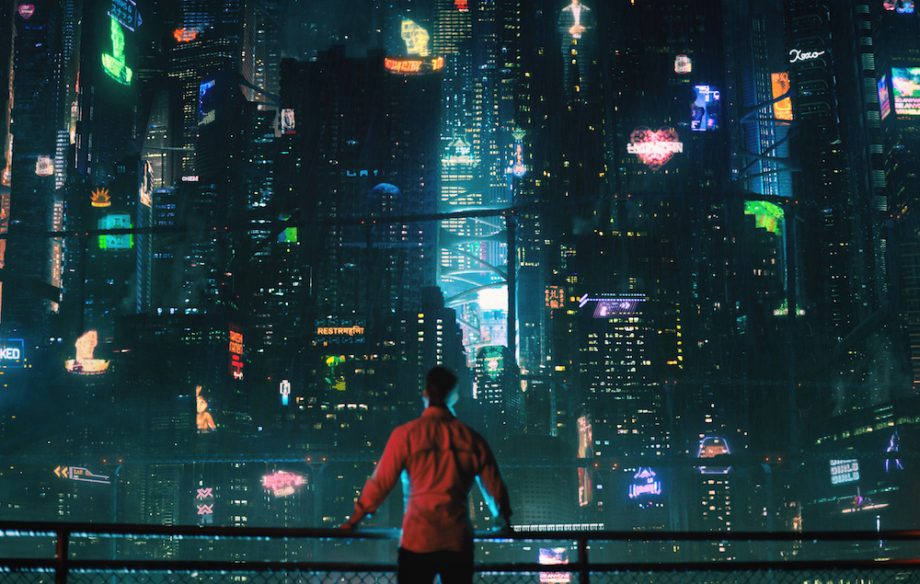 If they asked how he died, tell them, still Angry. Yes! Takeshi Kovacs will return. Netflix has renewed ‘Altered Carbon Season 2.’ The famous sci-fi series is known for its massive action scenes. It is one of the most anticipated shows of Netflix.
The series is based on a cyberpunk noir novel of the same name by Richard K. Morgan. It follows life for more than 300 years in the future. Society is modified by new technology. Human bodies are interchangeable and death no longer being perpetual. Show’s protagonist Takeshi Kovacs is the only surviving warrior of a group of elite interstellar warriors who got defeated in a riot against the new world order.
The shows’ unique plot stand it out in Netflix’s massive Sci-fi section. It has a massive following across the globe. New updates have come from the Twitter account of the show. What is the progress in Altered Carbon Season 2? Who will feature in it? When will it premiere? Here’s all you need to know about the Show’s Season 2 –

The Series Is Under Production

Recently, a short teaser came for Altered Carbon Season 2 on its Twitter account. This teaser ended with the update that the series is under production. Well, it also revealed the cast of the show.
https://www.instagram.com/p/BsXHqjZguMh/?utm_source=ig_web_copy_link
It’s a piece of good news for the fans of the show. Although, we also saw the post by Stunt team of the show on Instagram. The post came on 8th January, indicating the series is under production from more than one month. Just the cherry on the top, fans needed.

The teaser has revealed the new cast or as they say – New Sleeves for Season 2.

The mightiest name in that is Anthony Mackie. Mackie will now portray the role of Takeshi Kovacs. He is known for his role as Falcon in the Marvel Cinematic Universe. Along with Mackie, Simone Missick, Dina Shihabi, Torben Liebrecht, and James Saito will also join the cast as Trepp, Dig 301, Colonel Ivan Carrera and Tanaseda Hideki respectively.
With this new cast, two old characters will return for Altered Carbon Season 2. Renee Elise Goldsberry will pursue as Quellcrist Falconer. Also, Chris Conner will continue the role of Poe.
This whole new cast will set a new tone for the series. One should remember that Mackie portraying Kovacs is only a change in his sleeve. Kovacs consciousness will be the same. This means that we will see The Falcon in a more dominating, action thriller sequences.


About the new casting, Netflix said to EW that the journey of Takeshi Kovacs fords hundreds of years, many bodies, and planets. This enables the story to traverse themes of mortality, identity, and the human soul.

Netflix has also revealed the descriptions for the Characters in Season 2 –
Takeshi Kovacs – A former Protectorate CTAC fighter who became a revolutionary Envoy, and then a mercenary for hire, Kovacs swears loyalty to no man or woman except one – Quellcrist Falconer. His eternal quest to reconnect with her spans many centuries, planets and sleeves.
Quellcrist Falconer – A fierce revolutionary head with a deep bond to Takeshi Kovacs, Quell is driven by her passion for resetting the balance between life and death.
Trepp – An expert bounty hunter, Trepp is known for her skill to track down anyone in the Settled Worlds, for the fair price.
Poe – A centuries-old, highly-evolved A.I. and faithful companion to Takeshi Kovacs, Poe aims to understand what it means to be human.
Dig 301 – An out-of-work A.I. programmed to aid human archeologists; Dig finds a new goal when she meets Poe.
Tanaseda Hideki – A centuries-old Yakuza boss, Tanaseda commands organized crime on the planet of Harlan’s World and yields a history with Kovacs.
Colonel Ivan Carrera – The brave leader of a Protectorate Special Forces unit known as the ‘Wedge,’ Carrera is on the hunt for Takeshi Kovacs.

Altered Carbon Season 2 is under production now. Although, Netflix has yet not revealed any premiere date for the show. However, the show is anticipated for an early release in 2020.