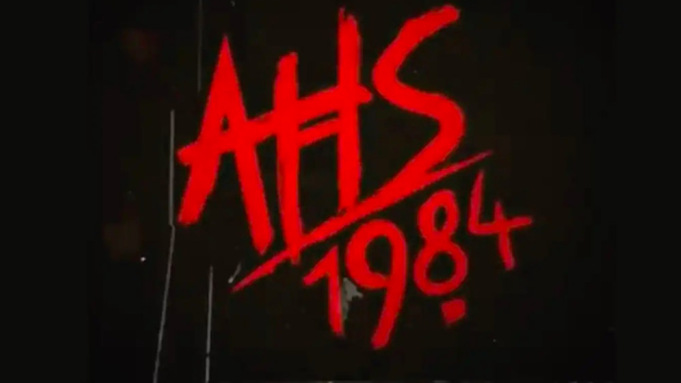 American Horror Story Season 9 (1984): Everything You Need To Know Before The Premiere

The Anthology series is back to haunt the fans once again. American Horror Story Season 9 (1984) is impending, and the viewers are ready for all the chills and jump scares. Ryan Murphy brings back the 80’s with the new season, subtitled as 1984. The ninth season also features some major cast updates this time.
American Horror Story is an American anthology horror series. Ryan Murphy and Brad Falchuk are the creators of the show for the cable network FX. Every season self-contains new miniseries, with a different set of character and storyline. Some of the plots featured in the series are loosely inspired by real events. This time, the creators are all set to take the fans to 1984.

The official trailer for American Horror Story season 9 has recently arrived giving the fans a hint about the plot for the upcoming season. The new trailer shows this season’s storyline revolves around a fictional camp, named Camp Redwood.
The trailer opens up with a hooded murderer tormenting campers at night. The killer can be spotted by a signature key ring, later recognized as “Mr. Jingles.” He is described as a patient who escaped from a nearby psychiatric hospital. His modus operandi is slashing throats.
A bunch of aerobics teachers turned camp counselors, at the campfire, learns that the camp is the site of the worst summer massacre of all time. The trailer concludes with a glimpse of Morrison’s character with an ominous warning: “You’re all gonna die.”
Some fans pointed out that the trailer influences classic 80’s slasher flicks. However, in my opinion, the trailer is full of jump scares and campy horror analogy to make the hardcore Ryan Murphy fans scream.

American Horror Story Season 9: Who Is In The Cast Of The New Season?

Bringing to life the 80s costumes the trailer introduces several characters. Emma Roberts, Cody Fern, Billie Lourd, DeRon Horton and Gus Kenworthy as aerobics teachers, who later take up jobs as counselors at the summer camp. Other cast members include Matthew Morrison, Leslie Grossman, Angelica Ross, Zach Villa, and John Caroll Lynch.
The upcoming season will be the first without Murphy & co-creator Brad Falchuk’s stars, Evan Peters and Sarah Paulson. However, Paulson might appear in a guest role according to the reports by Deadline. Reportedly, Peters hinted that he would return for Season 10.

As soon as the trailer for season 9 dropped, fans were ready with some crazy yet possible fan theories. One of them is sparkling the internet, with the “Final Girl” theory.

As the trailer suggests, Robert’s character is all reserved and shy. When Cody invites everyone to teach classes at summer camp, everyone seems game except Emma’s character. She seems to have her secrets and is nervous about the trip.
And as the trailer is pointed out to be influenced by the typical 80s slasher flicks like Friday the 13th. As the “final girl” trope in horror movies around for decades. It is a hallmark for slasher movies. Keeping this in mind it seems possible that Emma indeed is the “Final Girl.”

The first episode of the season is all set to premiere on September 18, 2019, on FX. The network originally ordered American Horror Story Season 9 way back in 2017, ahead of season 8’s premiere.
However, FX and Ryan Murphy prepped the show to return in 2019 rather than going for a 2018 release. Hopefully, fans won’t have to wait for season 10 after the upcoming installment concludes.