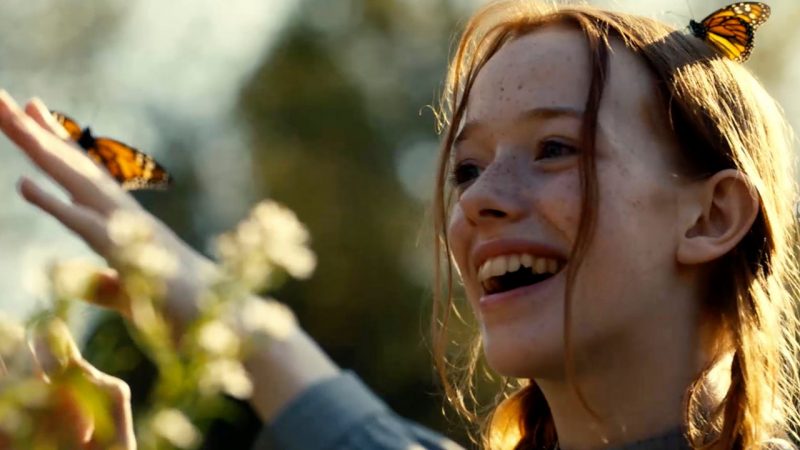 Anne With An E Season 3: Everything Fans Need To Know

Emmy Award-winning writer and producer Moira Walley-Beckett’s “Anne With An E” is a celebration of adulthood. The show received a massive amount of love from fans. Amybeth McNulty as Anne Shirley is an outsider who tries to find herself a place in the world.
The story has a touch of emotional relevance apart from the fictional universe it creates. The Canadian series is loosely based on Lucy Maud Montgomery’s 1908 classic novel Anne of Green Gables.
The title of the first season initially was Anne In Canada, while Netflix used Anne With An E. The drama series premiered on CBC on March 19, 2017. On April 30, 2017, it earned appreciations worldwide.

Anne With An E is a female-oriented show with more female cast members than male ones. Several directors on the show are also female. Few women writers joined Moira by the end of the second season. The show not only has an empowering on-screen story but also gives equal opportunities to the gender suppressed by society.
Producer-writer Moria mentions that Anne With An E Season 3 will feature new territory. Thus, the show may have some new characters. Similar to the previous season, the upcoming chapter will define various storylines.

Anne With An E Season 3 To Explore More

The third season will strive to explore various themes. Themes of identity, feminism, bullying, gender equality and prejudice are some of them. The story will imply these via a 16-year-old’s perspective. Moria expresses that she wants to inspire and uplift the audience through the show. Hence, she will use contemporary themes to maximize the perfection.

What Will Happen In Anne With An E Season 3?

The previous season featured Anne’s complicated relationship with Gilbert Blythe (Lucas Jade Zumann). Anne With An E Season 3 is expected to continue their love story, the new season will focus on how Anne handles her relationship.
Moreover, a new character, Sebastian Lacroix (Dalmar Abuzeid), is likely to be introduced in Season 3. His friendship with Gilbert took positive turns in the second season. Furthermore, Gilbert allows him to move back to the Blythe farm. Sebastian may become a prominent character in the story.

The prior season portrayed Cole (Cory Gruter-Andrew) leaving Avonlea. He was bullied by Billy (Christian Martyn) and his friends. Since he seemingly left the show; fans were unsure of his return. However, Cory Gruter-Andrew’s recent tweet confirms that he is not leaving the show.

When Will Anne With An E Season 3 Release?

The second season was released back in July last year and fans have been waiting since then. Netflix and CBC renewed the show for a third season in August 2018. Moreover, the third season is expected to be a 10-episode series.
Speculations reveal that Anne With An E Season 3 may release in late 2019. However, the official release date is yet to be announced
Anne With An E is a contemporary drama show intends to display strong feelings through mild storylines. The women-run show is hugely empowering to many. Moreover, the show is a successful counterpart of the original novel. Anne With An E will definitely bring some change to the society with its compelling premise.