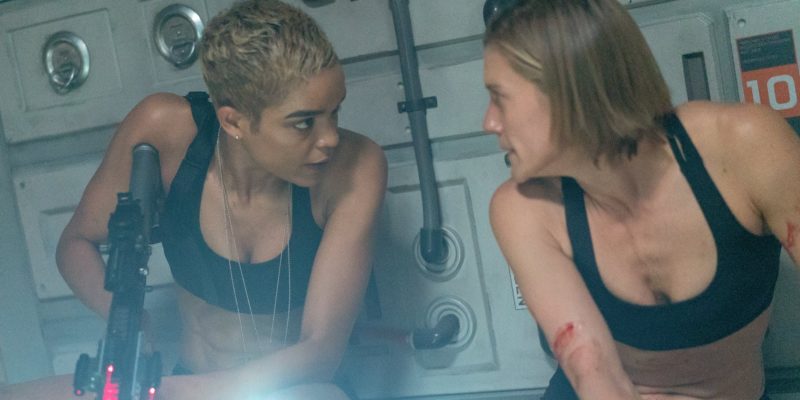 Another Life Season 2: Will Netflix Renew Or Cancel Season 2? Updates

Netflix’s one of the technical new-bees, Another Life recently landed on the streaming platform. And the fans are stuck with the massive cliffhanger, asking for Another life Season 2. What will be the fate of the crew of Salvare? Are the aliens good or bad? Will Netflix renew the show for the second season? And if yes, When? These are the questions that are flashing all over the internet. Let us find answers to all these questions about Another Life Season 2 below.
Created by Aaron Martin, Another Life is an original sci-fi series of Netflix. The series is led by Katie Sackhoff (Battlestar Galactica) as Astronaut Niko Breckinridge. She and her astronaut team launch in the ship, Salvare, on a mission to find intelligent life in space. They were in need to find the source of a mysterious alien artifact that appeared on Earth. However, on their journey, the crew ends up dealing with catastrophic danger, and possibly, one-way trip.

Another Life Season 2: Renewed Or Cancelled?

Season One of Another Life premiered on July 25, 2019. And just after binge-watching the entire season, the audience started asking for the next installment of the series. Though as per Netflix’s policy, the streaming service takes a month or two to check on the popularity and total viewership of the show and then decides whether to renew or cancel the show.

Therefore, there is no confirmation about the renewal status of Another Season 2. Though, the debut season did not receive many positive reviews from the audience and the critics overall. Another Life had not pulled out much acclaim that it was supposed to, and is dealing with mixed emotions among the audience. So, the life of Another life is in the hands of Netflix and is hanging in the middle, as of now.

Another Life Season 2: What Will Happen?

The first season of sci-fi drama left the audience all bewildering. Many questions need to be answered in Another Life Season 2. At the end of the first season, journalist Harper Glass (Selma Blair) confirmed that the aliens, The Achaia are not a treat to the Earth. According to her, they are peaceful people who want to be friends. However, she is the one whose mind is in now controlled by the aliens.

Though, the crew of Salvare knows that the aliens are hostile and determined on either destroying or enslaving the human race. They also have reached to the alien planet, to their destination. Therefore, the second season will likely feature the entire crew researching on the new planet and will dig deep to find out the truths. Meanwhile, What is up with A.I. William that has been created by accident? Is she peaceful, or deadly for the crew of Salvare? The audience will get all the answers if Netflix renews the show for its sophomore run.

The debut season of Another Life premiered in July 2019 only. Therefore the audience needs to wait for quite some time to have another run of Netflix’s sci-fi drama. If the streaming giant picks up Another Life soon for its sophomore run, the show will likely release in the fall of 2020. However, it all depends on Netflix and when it renews the show for Another Life Season 2.