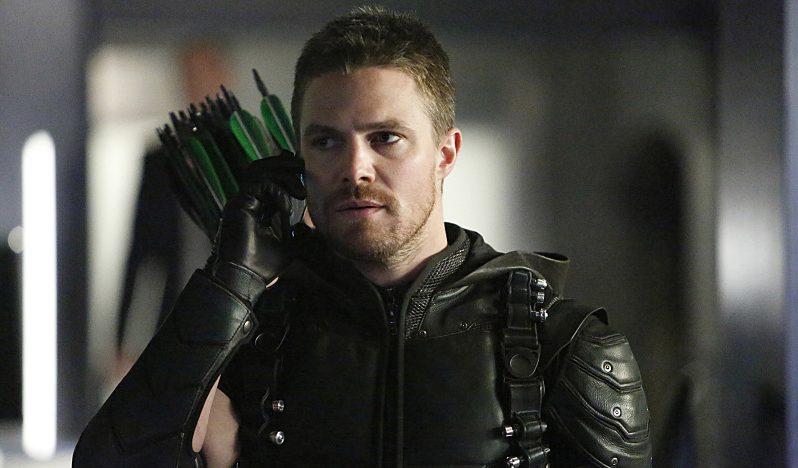 Arrow Season 8: The CW announced the series finale of Arrow would air on January 28, 2020, following an hour-long retrospective on the Stephen Amell series. However, today, it marks the last day of filming for Arrow. Executive producer Marc Guggenheim shared a heartfelt message with the creative team on his official Twitter account. For Arrow fans, things have been a bit emotional lately, with series star Stephen Amell and others taking time out to post words and thoughts about how much the Arrow experience meant to them throughout the Arrow Season 8.
In the message, Marc Guggenheim and Beth Schwartz thanked the cast and crew of Arrow for helping bring the series to life for the past eight seasons, noting the accomplishments of the show over the last seven years. Towards the end of the note, Guggenheim and Schwartz told the Arrow team it was a treat to work with them and wished them all the best in the future.

A Heartfelt Message For The Fans And The Team

The other day, Arrow leading man Stephen Amell revealed that it was the last time that he was wearing the iconic Green Arrow costume. And now, it marks the final day of filming on the show that kicked off the entire Arrow-verse, and the cast and crew have been posting a few tributes to the D.C./The C.W. hit.

One of the show’s bosses, Marc Guggenheim, led the celebrations, saying It’s hard to believe that the final day is here. And that he is incredibly grateful to every one for helping him bring this show to life. What the show accomplished is no small feat. Eight seasons, one hundred and seventy episodes

. A multiverse of T.V. shows. The biggest crossovers in television history. One incredible journey from beginning to end. He ended up saying, “from the bottom of our hearts, thank you for being a part of Arrow’s final story. It has been an honor.”
Fellow executive Beth Schwartz shared the post, adding: “Thank you both for mentoring me and trusting me with the show”. Actress Katie Cassidy shared a cast photo and wrote: “The amount of love and respect I have for this amazing cast is insane. I couldn’t imagine the long nights with anyone else. I can’t believe it’s coming to an end. Thank you all for being you. I love you, dearly!”

When Will The Next Episode Of Arrow Season 8 Release?

As the show is near to its end, it has got the fans hooked-up to their TV screens. The next episode of Arrow Season 8 will air on November 19. The coming episode is titled ‘Prochnost, ’ followed by episode 8 named ‘Reset’. And finally, the last episode of Arrow Season 8 will air on January 28, 2020. Arrow stars Stephen Amell, David Ramsey, Rick Gonzalez, Juliana Harkavy, Joseph David-Jones, LaMonica Garrett, and Katie Cassidy. Arrow airs on Tuesday at 8 p.m. on The C.W.