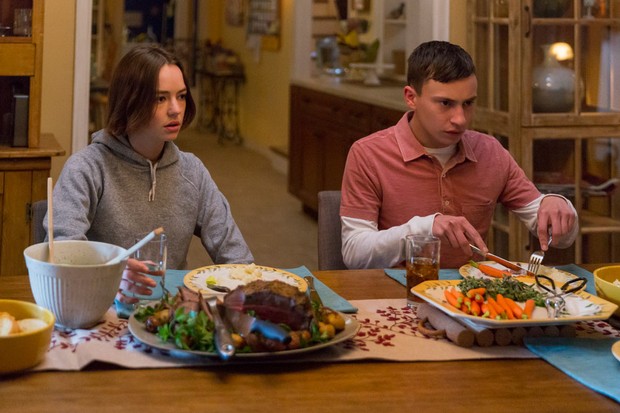 Atypical Season 4: Will Netflix Renew The Series For Another Run?

Season 3 of Atypical just landed on Netflix, and that is all people are talking about. Not only this, after binge-watching the entire ten episodes in a go, fans started asking for its next run, Atypical Season 4. Will Netflix renew the series for Season 4? If, then what will happen in Atypical Season 4? When will it release? And many more types of questions are clustering amongst the fans. Let’s just settle down here and find out all the answers below.
Atypical is a coming age drama of Netflix. The show focuses on a teenager Sam, who is a sufferer of the Autism spectrum. The boy even has to go through bullying and exploitation at school. Alongside his family also struggles with his behavior at the house. The series received immense popularity among middle-age demographic as the show deals with such a critical topic of recent times.

The third run of the show recently arrived on Netflix, on November 1, 2019. Therefore, it seems very soon to ask renewal by the streaming service. The streaming giant usually waits a few weeks, a month to give an announcement. That time is used to evaluate the response of the audience, and based on that, it renews or cancels a series. Hence, Atypical will likely receive the good news in December. Though according to viewers, the show will definitely earn the next season.


The announcement for the third season of Atypical also came after a month and a half after the premiere of its second season on Netflix. Therefore, the fans do not need to worry about the renewal of Season 4.

In Season 3, the audience saw Sam kicking off his freshman year in college and took his first step of being independent. There, he has to deal with much more responsibilities, more plans and more friends. Meanwhile, the third season had also been a disaster for the Gardener family as well. Cassie, Sam’s sister, was in the middle to choose either Evan or Izzie. Meanwhile, Elsa and Doug (their parents) are still figuring out if they want to stay together and make their marriage work, or finally, move on.


The next season of Atypical will venture the family’s journey further. However, the main focus of the show is Sam and his struggle with Autism and also, college.

The fourth installment of Atypical has not received green light yet. However, it would likely receive the good news by the end of this month or in December. Also, the show has been coming late for each new season. The first season debuted on Netflix in August 2017, followed by its next two runs in September 2018 and November 2019 respectively. Therefore, Atypical Season 4 will likely arrive in early 2021. For more updates on Atypical Season 4, stay tuned.