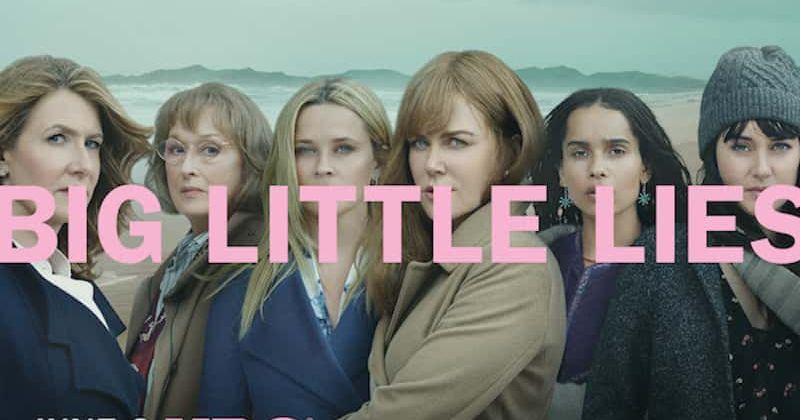 Big Little Lies Season 3: According To Creators – Show's Fate Is In Danger, Updates

The Monterey 5 has been fabulous since the premiere of the show. Therefore, fans have high hopes from Big Little Lies Season 3. An official confirmation on the renewal is yet to come, but it is surely going to happen. The show is at its peak right now, and it would be fair to renew it as soon as possible. A gripping storyline, powerful performances by the core cast, and the emotional drama have made the series reach its highest position.
The show centers a few ladies called the Monterey 5, dealing with emotional stress after the authorities allegedly accuse them of the killing of Perry Wright, Celeste’s husband. The first season deals with the unfolding of police investigation and accusations by Perry’s mother. But the second season deals with the emotional arc of the individual ladies as they suffer the after-effects of the killing. So can the fans now expect Season 2 to be the end or is there something more to it?

After what happened in the second season, the chances of renewal are slim. Creator David E. Kelley, in an interview, looked pretty confident with his answer on Season 3. He said there is no such plan currently. According to him, it was only season one and two, and he likes where the show is concluding at the ending of Season 2. So David thinks Season 2 would probably be the end of this drama.

But, the fans would remember that there were no plans even for Season 2. Still, it premiered and gathered appreciation. One of the actors Nicole Kidman, who plays Celeste Wright, had other reason for low probability of renewal. She stated that the cast would love to be a part of Season 3, but it would be quite challenging to bring the entire cast back. Reuniting them for Season 2 was nothing short of a miracle. Now time will tell whether the cast has other projects in hand and can they all come together to revive the show or not.

James Tupper On The Show’s Fate & Working With Women

Actor James Tupper is already canvassing for Big Little Lies Season 3. He said he was handling two offers simultaneously. One from Hulu for an adaptation of the Hardy Boys novels, and other from ABC for A Million Little Things. With both these projects at his desk, Tupper still hopes to work for the next season of Big Little Lies. Tupper also joked about the cast for Season 3. It needs to include some significant new A-list cast members to top this season, he said. Then he came up with actor Charlize Theron as an example but seemed funnily confused. Finally, he said he just does not want another woman in the show.

Tupper also added that he loved sharing the screen with the largely-female cast and praised the show’s reputation for the same. He said people ask him if he feels intimidated working with strong women. To which he replied, he feels thrilled, as he too is a strong guy. He feels excited to work with people who know exactly what they are doing, and it brings a lively atmosphere on the set.

Although some concrete information on the renewal is yet to come, we can be optimistic on Big Little Lies Season 3 just because of the vast recognition it has garnered. The creator David was also positive for a third season as he said he has to remain a little open-minded. Any outcome is possible, so the fans should enjoy the second season right now and hope for the best.