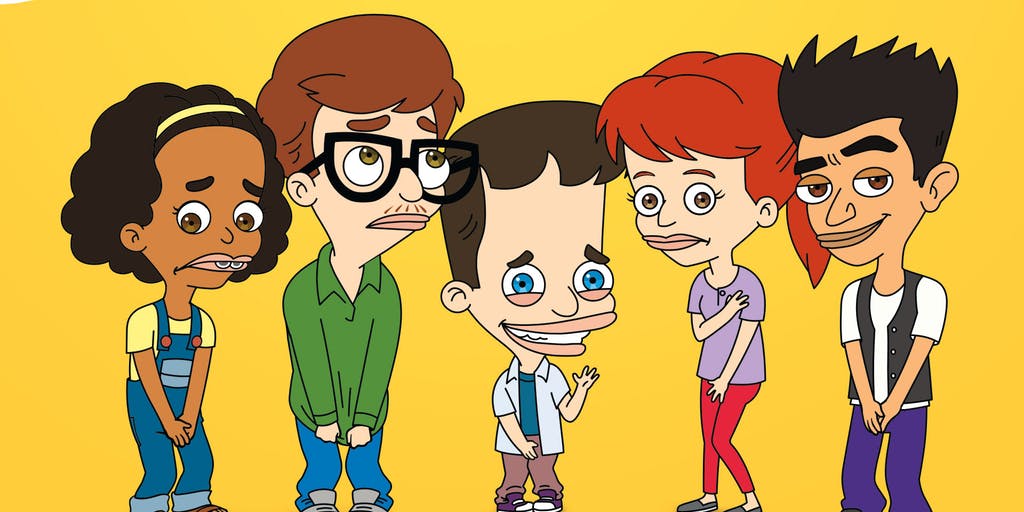 Season 3 of Big Mouth recently landed on Netflix. The show did enormously well in its initial week only. And with a not-so-happy ending, fans started asking about its next installment of Big Mouth. Though as how the third season ended, the show will likely return with Big Mouth Season 4 for the fans of middle-school adult comedy.
The creator of the show, Andrew Goldberg, wanted to create a show about kids going through their puberty, how they change, and deal with it. Therefore, he and screenwriter-directors Jennifer Flackett and Mark Levin went to co-creator Nick Kroll. And finally, they all came up with the idea of Big Mouth. The adult animated sitcom did astoundingly well with the audience as well as the critics. Its relatability helped the audience to grow a connection with the characters. Netflix had a big hand in reaching the number of people the series initially did.

Luckily Yes! The streaming service has become so far-sighted in the context of Big Mouth that it renewed the series, not for one, or two, but three consecutive next seasons. Big Mouth will return for an outstanding fourth, fifth, and sixth season. Also, Netflix made the renewal even before the premiere of Season 3 on the streaming service. This news brought a hell lot of excitement for the fans. That is because now they do not need to worry will the series return for the next season after Season 3.


Netflix sometimes makes its fans go crazy with its secrecy. In some talks with Esquire, Jason Mantzoukas, who gives voice to Jay Bilzerian, made one big revelation about the upcoming season. According to him, the recording work for the fourth season of Big Mouth has also been wrapped up. Also, as he stated, “Oh, man, I wish I could even tell you some of the Season Four stuff, it’s so good.”

The third season of Big Mouth brought all the students of Bridgeton Middle School out for Summer. Coach Steve received a handsome makeover from the cast of Queer Eye, after crying on it all season long. Also, the school’s principal got retired, finally! Moreover, Nick, Andrew, Jessi, Missy, and Jay all have graduated from the seventh grade.
Season 4 of Big Mouth will most likely pick up, where the third season has left off. The fourth season will feature some rough patches, as Nick heading to summer camp and Andrew staying behind.

Mantzoukas also teased the fans that there’s no hurry to get to the eighth grade very quickly. According to him, there were so many pieces, ups, and downs of summer, and people had a whole year’s worth of experiences in the summer. Therefore, the show will also move at the same pace as that of the actual time.

Though the recording work for Season 4 completed, it seems like the audience will likely to wait almost another year for it to arrive. Season 3 of Big Mouth also landed in early October this year. Therefore, Big Mouth Season 4 would also arrive in October 2020 only.
However, Nik Kroll also announced a somewhat similar project at this year’s New York Comic-Con. The same team behind Big Mouth will produce Human Resources, an animated workplace comedy set in the world of monsters.