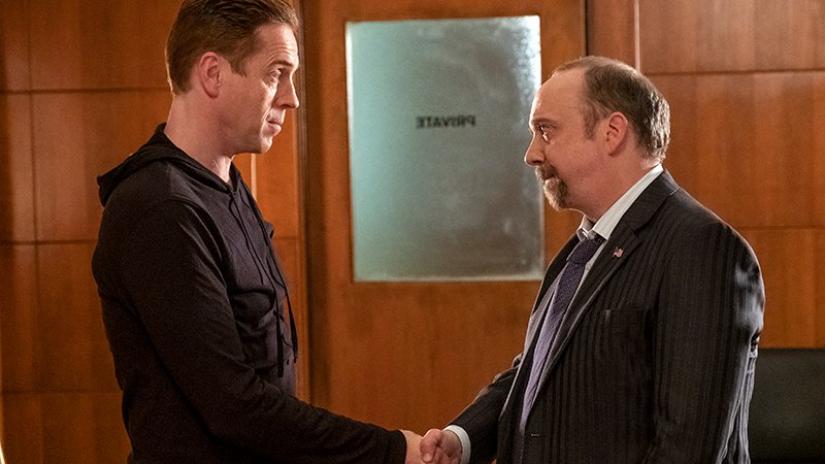 The audience will get more of Billions drama. Showtime has picked up the show for another run. Billions season 5 will be the next installment of the series. The official announcement for the fifth season took place on May 8, 2019, amidst the fourth season.
Billions is a drama series of Showtime, created by Brian Koppelman, David Levien, and Andrew Ross Sorkin. The series is lightly based on the activities of the former U.S. Attorney for the Southern District of New York, Preet Bharara, along with his legal battles with hedge fund manager Steve Cohen of S.A.C. Capital Advisors. The show is lead by Paul Giamatti as Chuck Rhoades and Damian Lewis as Bobby ‘Axe’ Axelrod.
The series debuted on January 17, 2016, and received positive reviews from the audience and the critics as well. The series is one of Showtime’s highest-rated and most-watched shows. According to Showtime, Billions is averaging 4.2 million viewers per episode in multi-platform viewing.
After the renewal, Co-President of Entertainment, Showtime Networks Inc., Gary Levine expressed his views for the upcoming season. According to him, he is loving season four and can’t wait to buckle up for the wild ride that Brian and David and their brilliant cast have in store for us in season five.

Billions Season 5: What Will Happen Next?

The fourth season saw Taylor Mason (Asia Kate Dillon) betrayed her former mentor in Axe. However, Axe, along with compatriots Wags (David Costabile) and “Dollar” Bill Stearn is working to gain his empire back. Similarly, Chuck Rhoades is facing the struggles in addition to his demolishing home life with his wife, Wendy (Maggie Siff).
Also, the former enemies had come together to eradicate all of their rivals. Bobby and Chuck along with Wendy Rhoades (Maggie Stiff) had formed an uneasy, but effective alliance. By the near end of the fourth season, both Chuck and Axe temporarily defeated their rivals Brian Connerty (Moore) and Taylor Mason (Dillon).

The lead star of the series, Paul Giamatti also shared his views for the upcoming season. According to him, the fans would not be seeing too much violence in Billions Season 5. Despite that, they can expect characters to continue engaging in more mental game. He also pointed out that as per audience, the Showtime series is purely fiction, although it somehow reflects what is truly happening in the world today. He added that the billionaires running the country are currently out of control and people are completely smug about it.

The fourth season of the series has just ended. Therefore, the show will take quite some time to land again on Showtime. Though the previous season of the show released in the first quarter of their respective years of release. Therefore, Season 5 would also release in the earliest of 2020. However, there is no official release date announced yet for Billions Season 5.