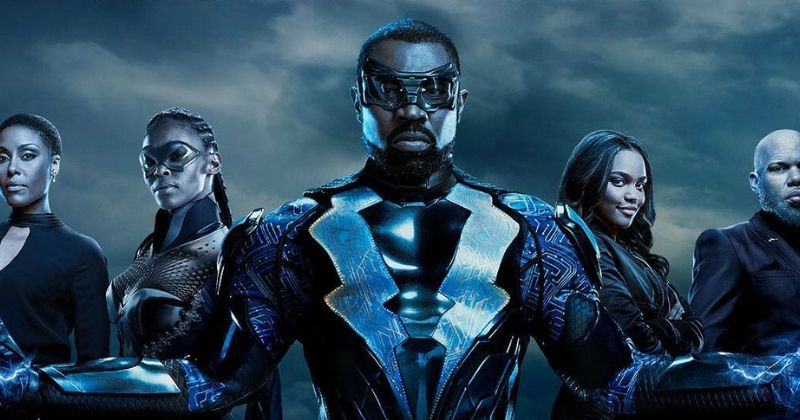 Recently, the lead of the series, Cress Williams shared the new look of his character, Black Lightning. The post he shared on Instagram is actually a new poster for the upcoming season of the series. In the poster, Black Lightning is in a brand new suit, and it’s quite smooth. The blue and gold from the previous costume are still there, but the glowing bolts on the chest are gone. In their place, textured gold design with blue and black is there, all along his torso, arms, and gloves.
https://www.instagram.com/p/B2m0attptAb/?utm_source=ig_web_copy_link
His mask also got a little touch-up with dark red-tinted lenses. This new look of Black Lightning is looking fantastic, and Williams himself also seems pretty excited about his new look.

The official synopsis for the third season of Black Lightning has released. According to that, the audience will see Jefferson Pierce (Cress Williams) like never before. He is stuck in the hands of the ASA (the corrupt government organization) with his wife Lynn (Christine Adams). Jennifer (China Ann McClain) gets abandoned, and Freeland is without Black Lightning and Thunder.
All this happened because of Agent Odell (guest star Bill Duke), as he tightened his fist more on the Pierce family. However, finally, Anissa (Nafessa Williams) secretly defies Odell in her alter ego as Blackbird with the tactical and technical support of Gambi (James Remar).


It looks like Anissa will take care of the streets as Freeland’s new vigilante, in place of her father, Black Lightning. Also, there are some chances that Blackbird may find some assistance from her younger sister Jennifer Pierce/Lightning. The third season will see the entire Pierce family working to protect the city of Freeland against the dangerous forces that threaten its citizens.

Williams also made a massive statement for the upcoming season of the Black Lightning. According to him, Jefferson will make a tremendous sacrifice. And that sacrifice will propel him at the beginning of the season. Also, William cleared that the family is the most disjointed that the fans have ever seen. This is because of the conflict that pulled everyone in different directions and divided them a little bit.

Season 3 of superhero drama will release on October 7, 2019, on The CW. Previously, Black Lightning Season 3 scheduled to release on October 21, 2019. This announcement came in at this year’s Television Critics Association summer press tour. Season 3 will premiere right after its Monday night programming partner, All American.