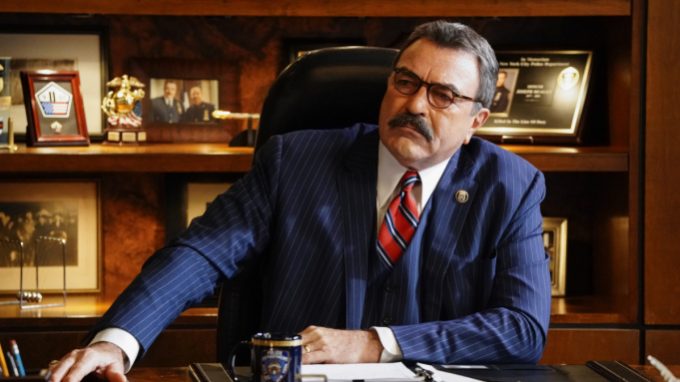 Blue Bloods Season 10: Is It The Last Season? Is Tom Selleck Exiting?

Tom Selleck as Frank Reagan is the life of the crime drama. He is sure to return for Blue Bloods Season 10. CBS has recently signed a 1-year deal with Selleck extending his presence to another installment. However, is it the last time we see him on the show? Will there be more seasons? The Reagan family is ready to answer all the question at the dinner table in a few months.
CBS’s long-running series premiered back in 2010 and became a superhit since then. Blue Blood maintains its popularity over the years and ranks itself in one of the most-watched TV shows today. The story of the show revolves around the Reagan family of police officers. The family plays different roles in the field of police work and legal processes. The ten-season drama leads a journey towards justice and prejudice.

Tom Selleck finally signs a one-year deal with CBS extending his presence on the show for another season. However, this created a lot of havoc when fans questioned why is it just one year. This gave birth to much confusion and rumors over the internet. Viewers are doubtful if this means that Tom may not be there in the next season.
When asked about the same, the 74-year old actor adds up to our confusion. He replies that he himself is unsure why CBS didn’t extend his contract for more than a year. Tom continues that he was expecting a two-year deal instead. Moreover, a one-year deal was what he was offered. The TV network has not given any explanation for the same. Fans hope that Selleck continues for more and more seasons.

Is It The Last ‘Blue Bloods’ Installment?

Veteran actor Tom Selleck has publically accepted that his contract for the show signs him for a year. Other significant cast members haven’t provided any major detail about the life of their respective agreements. Moreover, none of them have said anything solid about their future on the series. Hence, fans started suspecting if there will be any more installments of the crime drama or not.
Blue Bloods is a long-running show and maintains its viability with the audience even nine seasons later its debut. The series has much potential to run for many more installments in the future. Showrunners have previously shown their interest in developing more content for CBS. Fans may have to wait until the end of Blue Bloods Season 10 to get any details about upcoming seasons.

The ninth season of the police procedural series ended on a heart-warming note. The two fan favorites, Jamie Reagan and Eddie Janko, tied the knots in the season finale. However, the showrunner did not actually show the wedding on screen. The couple did the vows at the dinner table. However, it wasn’t just enough for the audience that had been eagerly waiting for the moment.

Fans online now demand to show some more moment from the wedding in the new installment. They want more of the #Jamko wedding in the 200th episode of Blue Bloods.

The premiere date of one of the most anticipated CBS series is out. Fans can now mark the day on their calendars. Blue Bloods Season 10 returns September 27, 2019, at 10/9c. Get ready for many more family dinners to come in the upcoming installment.

There had been many speculations related to the release of Blue Bloods Season 10 prior to its renewal. The viewership and reviews had decreased over the years. Moreover, the delayed revival of the contracts of cast members worried the fans about the future of their favorite show. Fortunately, the tenth installment crossed all the barriers and is finally returning. Hopefully, there will be many more seasons to come of the Friday-weekly series.