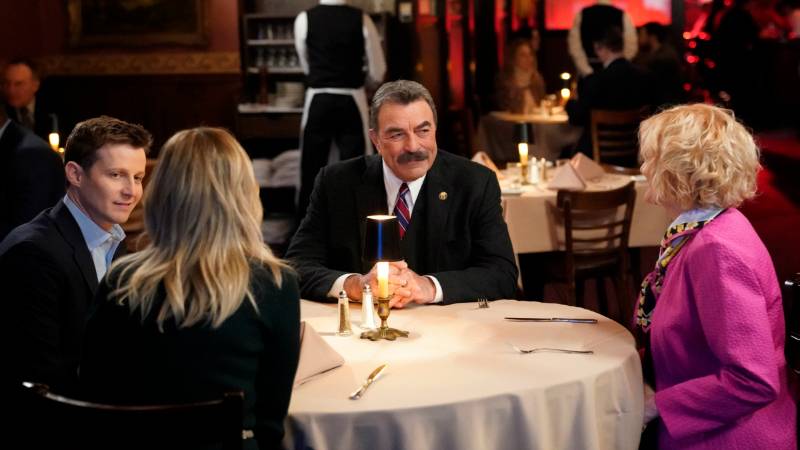 The Reagan Family will be back in their uniforms to the 200th episode of the show. Blue Bloods Season 10 is on its way with a lot more drama than ever before. Though, the upcoming season created a lot of buzz with its controversies related to the return of some cast members. As of now, we finally know who will actually reprise their roles once again. Hence, here’s everything you need to know about the latest installment.
Blue Bloods introduced us to the Reagan family of police officers back in 2010. Since then, the members of the family remain to be a crucial part of our Friday schedule. Over the course of nine years, the ingenious set of NYPD officers have been through a lot of drama. The police procedural is one of the most popular crime shows on CBS’s history.

Without doubt, CBS greenlit Blue Bloods Season 10 to premiere later this year. However, the pre-production of the new installment had to undergo a lot of troubles. The renewal of the contract of cast members was on halt. Luckily, the issue was later resolved, and productions began soon after the same.
Currently, the entire set of cast members are shooting Season 10 family dinners. The actors took us to the sets of the upcoming installment. Many of them uploaded pictures on social media while filming with Blue Bloods fam.

Are All Members Of The Reagan Family Returning?

Millions of fans have been wondering if all members of the Reagan family will be back to Blue Bloods Season 10. CBS announced that Tom Selleck would reprise his role as the head of the family, Frank Reagan. However, the network didn’t say if other actors will be back. As of the latest pictures on set, most of the cast members seem to be returning.
Many of them couldn’t contain to express their excitement to be back on Blue Bloods Season 10. Donnie Wahlberg uploaded a fun video on his official Instagram account with Marisa Ramirez. The two of them announced the return of the tenth installment at a news desk. Moreover, the actor also took a picture at the family dinner for the 200th episode. Actress Vanessa Ray puts up a cute selfie with other cast members, celebrating the 200th episode.

When Will Blue Bloods Return On TV?

Blue Bloods returns to reclaim its Friday time slot at CBS. The release date was announced alongside a picture of the first family dinner of Season 10. Moreover, fans must mark the date on their calendars. Reagan family returns to the television on September 27, 2019, at 10 p.m. EST.

Blue Bloods remains to be a fan-favorite show even after nine years of its debut. Moreover, a large number of fans watch the show from around the world. The entire ensemble of actors is praise-worthy, especially Tom Selleck, for his exceptional performance as Frank Reagan. Viewers hope to watch more and more installments of the series, and we hope that it persists its perfection over the years.