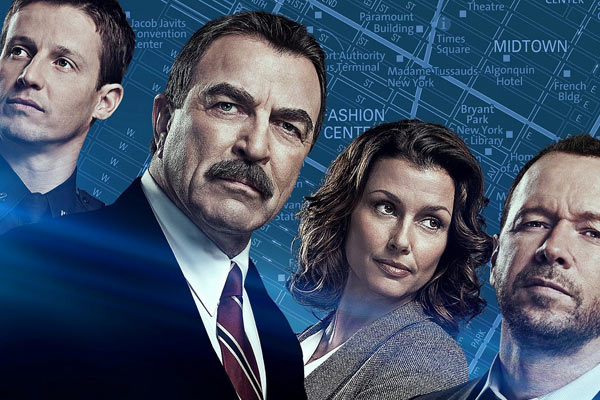 Following a disappointing Season 9 finale, fans are now waiting for Blue Bloods Season 10. Season nine ended with a mixed reception from the viewers. While some fans were happy, the others were disappointed with the finale episode. And this is because Jamie and Eddie’s wedding day was never featured as much as what the viewers expected. Nevertheless, followers of the CBS series are still excited for Blue Bloods Season 10.

The CBS drama series follows the Reagan family, an Irish Catholic family of Police officers with the New York City Police Department. Blue Bloods, after nine seasons, remains one of the most popular shows of CBS.

After the disappointing season 9 finale, fans are now hoping to see Jamie and Eddie’s wedding in season 10. However, the first look at pictures of the upcoming season shows no sign of a marriage.

The new picture shows Jamie and Eddie’s apartment hunting. Meaning, upcoming season will pick up from a few days or even weeks after the wedding.

Moreover, Blue Bloods season 10 will kick off with the 200th episode of the series since it first started almost ten years ago. The marriage ceremony could’ve been the perfect way to celebrate the milestone. However, the synopsis and sneak peek of the upcoming season tells a different story.

Blue Bloods Season 10: New Teaser And What To Expect

Now that it is clear that the upcoming season won’t commence with the much-anticipated wedding, New promo reveals what will happen.

The first episode’s synopsis suggests Erin will face a cold-blooded defense attorney from the past. The new teaser trailer might be giving a sneak peek at the case.

“Do not go there!” Anthony orders someone, probably Erin, on the phone. Moreover, we also see Erin walking through an apartment with her gun out. Erin might find herself in over her head.

Meanwhile, the first episode is a significant one, and the cast members of the series are all ready and excited to celebrate the day.

Donnie Whalberg (Danny) posted a dinner scene picture on his Instagram account. The caption says, “it’s quite hard to believe that they’ve been doing this for ten seasons now.”
The photo and caption are a clear indication that the dinner scene of the family will serve as the unique token of the season for the achievement.

Meanwhile, it has also been revealed that a new case will come across Danny and Baez’s line-up.

Moreover, aside from the ongoing challenges, Frank will face a personal life challenge as he tries to help his ex-partner. There is not much information regarding this aspect. However, the fact that she is arrested means it is something serious. Meaning, this could result in lots of twists and turns in the story of Blue Bloods Season 10.

With the series accomplishing the 200th episode milestone, fans are on the edge of their seats to witness what season 10 holds for them. The wait is finally over as Blue Bloods Season 10 is almost here.

The police procedural drama is all set to return to the screens on September 27, 2019, only on CBS.

Veethee - Wednesday, 8 April 2020, 12:05 PM
0
In the recent episodes of Little People Big World, we saw Tori worrying about the fact that her daughter is going to be a...