Nine-Nine!! Chills man. NBC has confirmed Brooklyn Nine-Nine Season 7. The Precinct of drama, entertainment, and crime solving (obviously!) is going to return for another round. The show once had doubts about its future, when Fox canceled the show after Season 5. However, NBC picked it up for Season 6. Moreover, it seems to be having a longer run as most sitcoms do.

About the performance of the show, there was never a doubt. The Detectives continues to provide with unlimited fun. Along with that, the show has a unique flavor of bizarre romance. Brooklyn Nine-Nine is known for its “special” episodes. Season 7 of the show will follow the same path.

After every season, Brooklyn Nine-Nine leaves its audience in a dilemma. What more can happen after this? However, the 99th Precinct comes with a firm answer. The cast of the show took the San Diego Comic-Con panel to reveal few secrets about the show. 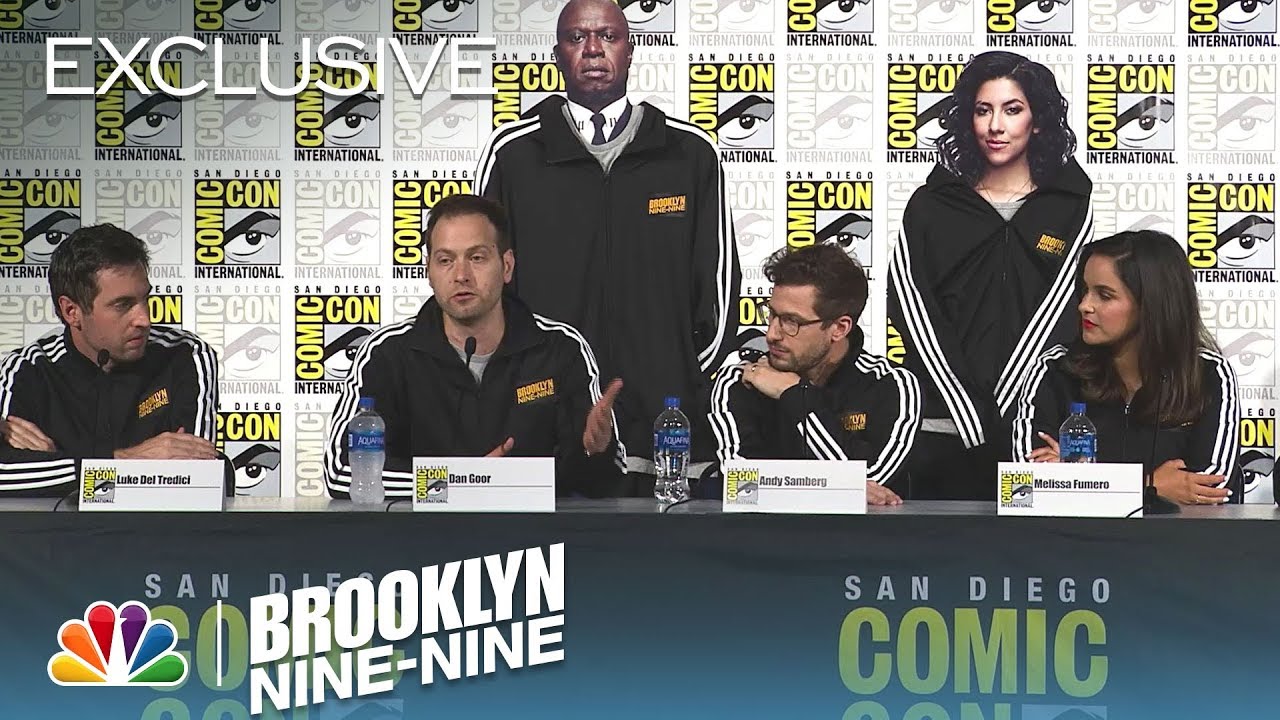 The Show-runner Dan Goor described the Season 7 as Bigger, funnier, better, the best. Well, after 6 Seasons, these adjectives are quite enough to generate a wave of excitement among fans.

What Will Happen in Season 7

Season 6 of the show ended on a cliffhanger. The finale featured the demotion of Captain Holt. However, the situation made way for Terry to stay at the 99th Precinct. Goor told that Brooklyn Nine-Nine Season 7 would pick with the Holt’s story.

Captain Holt got demoted by his arch-nemesis, Captain Wunch. Lastly, he featured as a Traffic Policeman. However, the situation seems temporary.

The last time Holt was not the Captain of Precinct, the new captains made exciting scenarios. The beginning of Season 7 is also expected to feature some new Captain’s. Moreover, Jake and Amy might even move into the next phase of their relationship. Yes, a baby. Season 6 depicted a lot of scenarios regarding their ideology for a baby. Therefore, Season 7 might deliver the big surprise.

Brooklyn Nine-Nine always has a lot of special episodes. Goor told that they’re hoping to have a Pimento (Jason Mantzoukas) episode. Moreover, how can you keep Jake away from the Pontiac bandit (Craig Robinson). The championship for Best Detectives is also in the list. Will we see a new winner in Season 7? Apart from these episodes, Goor also stated that they are hoping to do a few episodes that break the usual form. He believes that it will be exciting and challenging for them.

Cast and Premiere Date of Season 7

All the major characters will return for Season 7. However, we will miss Captain Holt’s beloved dog, Cheddar, who passed away. Season 7 is ordered for 13 episodes. However, there is a strong feeling that the show will stretch for 18 episodes (Just like Season 6!).

NBC has yet not confirmed the premiere date of Brooklyn Nine-Nine Season 7. Although the series is expected to return in the early months of 2020. Till then, keep guessing the Die Hard references Jake is going to use in Season 7.