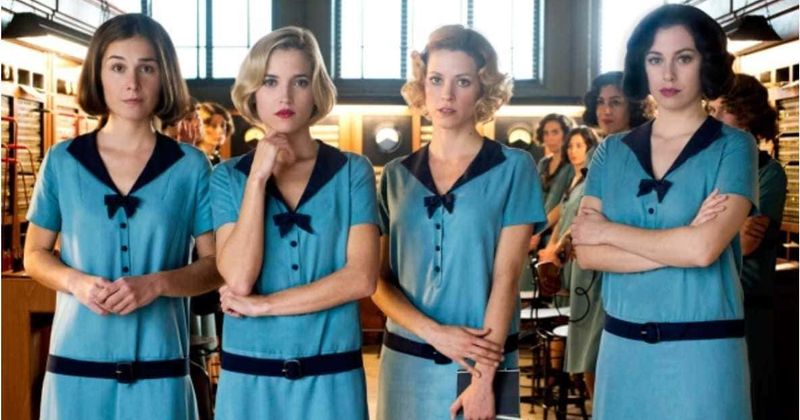 Spanish show Cable Girls is all set to be out for one last time with its final run. Cable Girls Season 5 will be the upcoming final season of the series on Netflix. The audience is eagerly waiting to have back all the chicas again, even for the last time.
Cable Girls has been on Netflix since 2017 and was one of the first full Netflix Originals from the region. The show actually focused on the hardships of the working women from the 1920s. Cable Girls follows a group of girls living in the early 20th century in Madrid. Their life revolves around their families, their partners, and their memories while working in a telecommunications company.

The end of the fourth season of Cable Girls brought them to September 1931. It was almost a year after the explosion, and at that time, the new regime has already installed.


Also, the storyline for the upcoming final season of Cable Girls has got out. According to that, Spain, what they knew was, will be divided into two sides. After years of fights and progress towards equality, freedom will be finally lost in the Civil War. And that will completely change the girls’ destiny, as well as of their families and the new incomings, who are here to turn everything upside down.
At the same time, democratic period rights will disappear, and women will be expelled from the labor market. And all the chicas will find themselves against the ropes. Keeping aside the difficulties, their lives are destined to meet, and they have to remain together to face whatever comes ahead. However, their friendship will always stand above anything else. Either All Or None will be the real motto of them that will lead them to have back their lost freedom. That will only prove that the most important thing is to have your friends close.


By the end of the fourth season, the audience saw Angeles while trying to break through the prison, suffered her fate. However, the actual reason for his absence on the show is because of the schedule related conflicts. Although, the showrunner of the series were wishing for the return of Civantos.