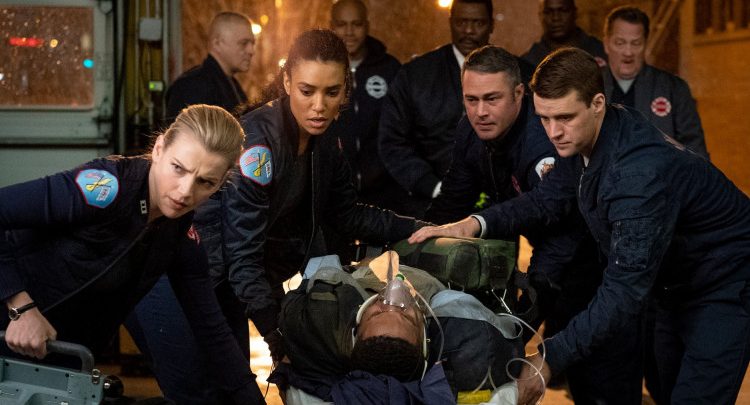 The Fire alarms will bang again. NBC has officially renewed Chicago Fire Season 8. The network made the announcement on February 26, 2019, while the seventh season was still in the run.
Chicago Fire is an action drama series of NBC. The show follows the rescue squad, firefighters and paramedics of Firehouse 51 of the Chicago fire department. These people risk their lives to protect the citizens of Chicago. All the seasons of the show had its filming in Illinois, Chicago.
The series made its debut in 2012 and became one of the most popular shows of that time. The show has also been nominated and awarded with many awards, including Prism and People’s Choice Awards.

The co-creator of the show, Derek Haas recently gave an update on the beginning of the production for the eighth season. In the Twitter post, Haas confirmed that the filming work for Chicago Fire Season 8 would start by mid-July. Also, the filming will take place in the Windy City. This schedule is also matching up with one of the previous seasons.
https://twitter.com/derekhaas/status/1135205562658971648

Spencer and Kinney had signed only one year deal for the seventh season of Chicago Fire. However, they have extended their contracts for the next two seasons, if the network renews the show for its ninth run as well. The stars will return as Kelly Severide and Matthew Casey.
Meanwhile, Christian Stolte (Firefighter Randall McHolland), Yuri Sardarov (Firefighter Brian Zvonecek) and Joe Minoso (Firefighter Joe Cruz) are also supposed to return for the eight season. Although their contracts also ended at the end of the seventh season, the news for their new deals hasn’t surfaced yet.
Along with these, the rest of the cast members will return for the eighth season. That will include Miranda Rae Mayo (Firefighter Stella Kidd), Kara Killmer (Paramedic Sylvie Brett), Eamonn Walker (Battalion Chief Wallace Boden), David Eigenberg (Lieutenant Christopher Hermann) and the new arrival Annie Ilonze (Paramedic Emily Foster).

What Will Happen In Chicago Fire Season 8?

The previous season of the show dealt with several devastating blows by the members of Firehouse 51 team. It also left so many loose ends to hold together for the upcoming season. Both Casey and Lieutenant Kelly Severide came out after narrowly avoiding death. The audience also saw the death of Benny Severide, Casey and Naomi’s breakup along with quite some fires in between. The finale of the seventh season saw the romance between Brett and Casey, which abruptly ended before it could even start.

All the previous seasons of Chicago Fire premiered in the late quarter of their respective years of release. This means that Chicago Fire Season 8 will also premiere in September or October of 2019. The show might premiere at one Chicago night, making crossovers with Chicago Med Season 4 and Chicago PD Season 7.