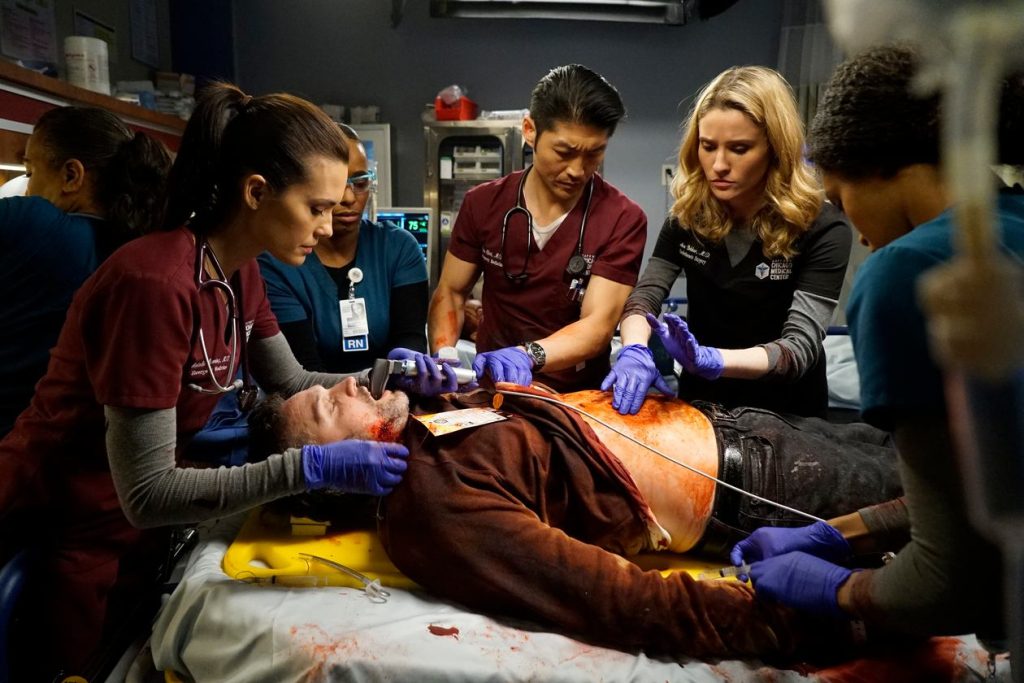 The title of Chicago Med Season 5 Episode 18 is “In The Name Of Love.” This show just completed the 100 episodes milestone, and the upcoming one will be the 101st episode of the show. The previous episode consisted of a lot of twists and turns. And the fans can expect the next episode to follow this path too. This series is successfully running from the previous five years. Although Chicago Med got mixed reviews from the critics. But it has all that it takes to impress the viewers.

Chicago Med is an American medical drama TV series. Dick Wolf and Matt Olmstead created this show. The series made its debut on 17 November 2015. On 26 February 2019, NBC renewed the series for the fifth installment. The current fifth season of this show premiered on 25 September 2019 and is still running.

NBC released the official trailer for the upcoming episode of this medical drama. From the promo, the fans can speculate that the relationships and stories from the previous season will be continuing in the next episode. The eighteenth episode will be going to be intense as the two doctors are not on the same page for the crucial treatment.

NBC released the official synopsis along with the trailer of Episode 18. It reads, “Dr. Charles and Goodwin fear Dr. Halstead is replicating his past mistakes when a patient with early-onset Alzheimer’s is brought into the E.D. Maggie and Ben become concerned when one of Ben’s students is admitted. Dr. Manning and Dr. Marcel treat a terminally unhealthy patient and disagree over the best course of action.”

The fans will see what happens for Maggie and Ben following the wedding. It will be exciting to see how Dr. Marcel and Dr. Manning handle the case and move forward. The next episode will be gripping and will create more intense situations. As the show is moving towards its season finale, the events are getting more intense and severe.

What We Have Seen In Episode 17?

In the previous episode, April finally confesses to Ethan that she had kissed Crockett on the night her partner had left for his deployment. She asked for forgiveness and told him that she is one to blame.

Later April went to Maggie and Ben’s wedding but couldn’t find Ethan anywhere. On the other hand, Hannah is back in the hospital after her work at rehab. Will tries to reunite with her and seeks her help with April.

With the upcoming episode, this series will become one of the series that crosses a hundred episodes. Moreover, the fans will get a lot more than they expected in the next one. Chicago Med Season 5 Episode 18 will release on 25 March 2020 on NBC.