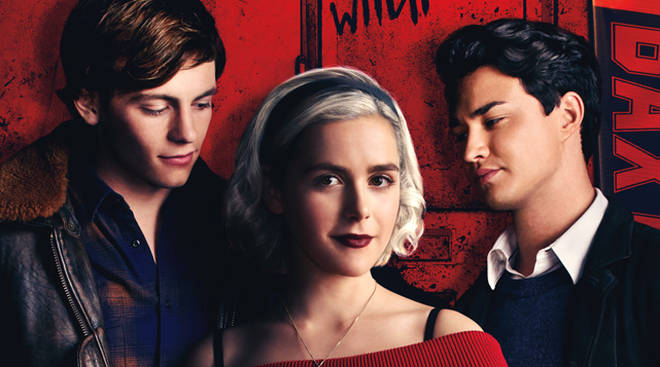 
The story of the show revolves around a half-witch and half-mortal Sabrina Spellman. The teenage witch fights against the evil forces in Greendale. As she turns 16, Sabrina has to undergo a dark baptism in order to pledge loyalty to the Dark Lord Satan. However, choosing between her friends and family tears her apart. Netflix’s pop show goes through plenty of twists and turns, while the leading lady tries to fix her satanic town.

Based on the Archie comic book with the same name, Chilling Adventures Of Sabrina turned out to be a hit show for the streaming platform. Netflix took no time to renew the popular teen drama. Its third and fourth parts were greenlit way before the second one hit the screens. The productions began a few months after the second part debuted. Moreover, the cast and crew of the series are currently in the middle of their filming schedule.

Will Sabrina Be Able To Bring Nick Back?

The finale of the second part hit us hard when one of our favorite characters on the show was ambushed in Hell. As the Dark Lord gets trapped in his body, Nick loses control over himself. Sadly, this happened soon after the couple tried to rekindle their relationship. Sabrina will now begin her journey to Hell

in order to save the love of her life. Moreover, with the help of her mortal pals, the teenage which will strive to bring Nick back in Chilling Adventures Of Sabrina Season 3.

New Villain & Death Of A Spellman

Showrunner Roberto Aguirre-Sacasa gave us the worst news ever. Fans will lose one of the Spellmans in Chilling Adventures Of Sabrina Season 3. As said in Aguirre-Sacasa’s latest social media post, the third part will welcome the dread banshee. He hints that the new villain may cause someone’s death in Sabrina’s family.

A scene from yesterday’s filming of #sabrinanetflix! The dread banshee has arrived, but which Spellman will die? #CAOS 🔥🔮🕷☠️🚑🎡📺 pic.twitter.com/3gS2sgNg88

Clearly, the series can’t kill off its lead character, Sabrina Spellman. Hence, Chilling Adventures Of Sabrina Season 3 may feature the passing of someone in Sabrina’s family. However, the teen witch is extremely close to everyone in her family, including her aunts and her cousin. Comments on Aguirre-Sacasa’s recent post are filled with outrage from fans over the same. Which Spellman do you think will die?

Fans around the world are all excited for Sabrina’s return this year. World’s most popular teen witch won’t make it to the screens this October. Showrunner Roberto Aguirre-Sacasa explains that Chilling Adventures Of Sabrina Season 3 may not be ready by Halloween. Moreover, viewers may have to wait for a few months. Although as per their filming schedule, chances suggest that the installment may premiere by December 2020. Netflix is yet to announce a firm air date.