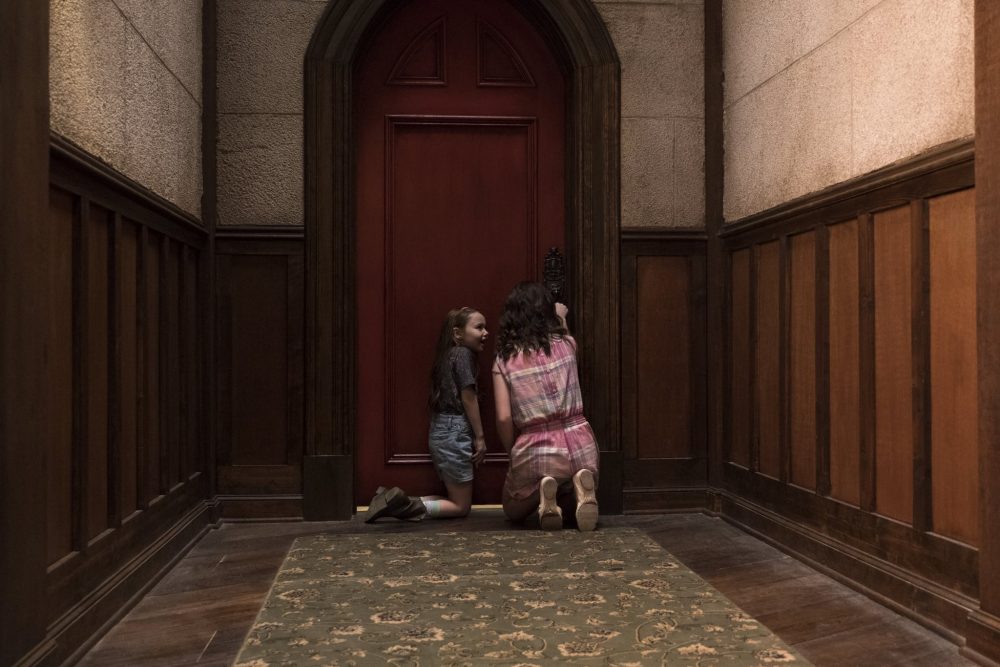 The Haunting Of Hill House Season 2 is the most anticipated show on Netflix to make you bite your nails off. The nerve trembling series arrived on October 12 on Netflix and had performed exceptionally well.
The first season of Haunting Of Hill in some ways covered the wound of Stranger Things Season 3 not arriving this year. However, this series created a milestone for Netflix in their Horror genre. Therefore, The Haunting Of Hill House Season 2 is undoubtedly on the charts and will be making a comeback soon to give another shivering sensation to its’ viewers.

Yep, they’ve been through enough. https://t.co/JGe3swta8R

In the first season of The Haunting of Hill House, we saw the Crain Family struggling throughout. However, Mike Flanagan the creator of the series has tweeted that the story of Crain Family will not be continued in the next instalment of The Haunting Of Hill House.
Also, while talking with Entertainment Weekly, Flanagan said that the tale of the Crain family is narrated. He also added that according to him Crains have been through plenty, and we left them accurately as we all wanted to memorize them. Mike also said that we felt like the narrative obliged a certain kind of cessation from us and we were glad to finish the book on that family.
The Crain Family have found the redemption and certainly there required Closure. So we can assure an end to this part. The next installment of the series will start with a fresh background and a new tale to tell.

The Plot Possibilities Of The Haunting Of Hill Season 2

Mike Flanagan has talked about many ways The Haunting Of Hill House Season 2 can move through. Mike’s excitement about the next chapter of this haunting tale can be seen through these ideas.

Opening Of The Red Door

The opening of the Red Door can open as many possibilities as one can imagine. Mike talked about this possibility. In one of the final scenes of The Haunting Of Hill House, we saw Steven walking through the Hill House entrance. We also witness that the whole Ghost family have seen Steven. We can certainly not deny the likelihood of one of them opening that Red Door. The Hill House is still a big mystery, and its many aspects are yet to be discovered.

How About A Prequel And Sequel At The Same Time?

The backstory of Hill House is still a mystery to be solved. Every haunting tale has always got a backstory to explain why all this is happening at the first place. The Haunting Of Hill House Season 2 can progress in this manner. With a new tale and new scenarios in the series, the creator can add the consequences which lead to Hill House being such a hunted place.
Mike Flanagan also added while talking to EW that he thinks that there are all sorts of various paths we could go in. Likewise, with the home or with something entirely different. He loves the concept of an anthology as well.

One Of The Most Binge Watched Series

Netflix didn’t reveal the numbers (So Cliche!) about the viewership of the series. However, they clarified that the 10 episode series – The first season of Haunting Of Hill is one of the most binge-watched series on Netflix. Well, this adds to the positive for another season of this horror series.

Premiere Date Of The Haunting Of Hill House Season 2

The Haunting Of Hill House first season premiered recently. The official announcement for the 2nd Season of Hill House is yet to be made. However, Creator Mike Flanagan, Netflix, and Paramount will be interested in retaining their successful series, soon!
https://www.youtube.com/watch?v=G9OzG53VwIk