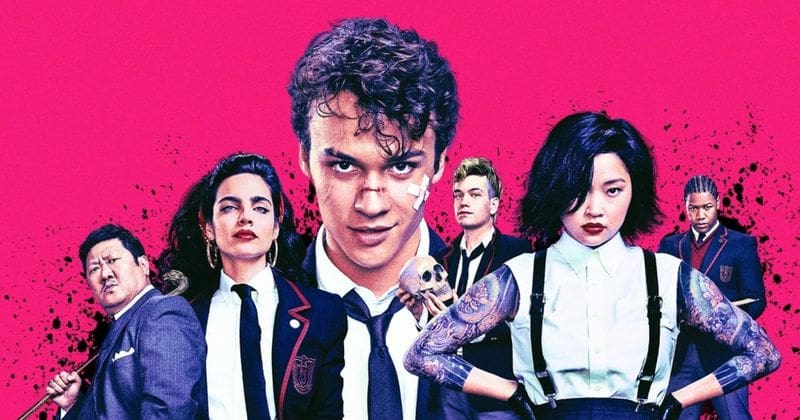 Deadly Class Season 2: What Is The Fate Of The Show? Inside News

Fans had shown much rage upon Syfy canceling Deadly Class Season 2. Producer Sony Pictures Television went against the decision. And, promised the viewers to find another home for the adventurous show. They started a social media campaign called #SaveDeadlyClass, calling for supporters. It has been a while since the online protest began and fans need to know if Deadly Class would be back for another installment.
Debuted back in December 2018, Deadly Class was loved by critics and received good ratings. It struggled to get a larger audience, although managed to impress the small number of viewers it got. The series is based on the comic book series of the same name created by Rick Remender and Wesley Craig. Remender is also the co-creator and executive producer of the show.

On June 4, 2019, Syfy officially announces that Deadly Class would not be returning for a second season. The news shock the fans alongside the entire team of the show. Rick Remender, the writer of the original comics and developer of the series revolted against the decision. He assured the fans that the makers will approach different networks and streaming platform.
https://twitter.com/Remender/status/1136111013193846785
Remender began the hashtag #SaveDeadlyClass and asked followers for support. Thousands of fans supported the campaign and hoped that their favorite show gets a new network.

Deadly Class Season 2: It’s A Final No For The Show

After weeks of campaigning to save the beloved show, Remender finally declares that Deadly Class is not getting a new home. The series couldn’t find a stable home for another season. Hence, the showrunners had to finally accept the cancelation. Syfy’s drama is officially canceled and would never return on our screens again.
https://twitter.com/Remender/status/1143333964880289792

Deadly Class Season 2: What About The Cliffhanger?

The debut season of the show ended on a major cliffhanger. Since the show is canceled now, fans are disappointed about not getting to know what happens next. However, Remender and Wesley Craig have the perfect solutions to what happens to the crazy kids. Fans can now opt to read the original comics that the show was based upon. Craig has even given the links to buy their comics in a tweet.

Damn it! DEADLY CLASS is canceled!
How can I find out what happened to those crazy kids!?!

Deadly Class failed to gather a large audience, which ultimately became the reason for its removal. Moreover, the 10-episode drama had a disappointing per-episode average of 0.396 million viewers. Due to the same, none of the networks and streaming platforms accepted to pick up Deadly Class Season 2. However, the series has a loyal fanbase that supports it even after the cancellation. The memories of the show will always remain with the fans.