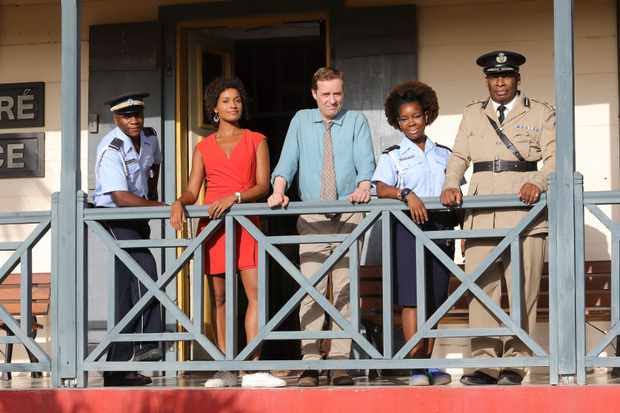 Death In Paradise Season 9: What's Coming With The New Season?

Death in Paradise Season 9 and also the season 10 got renewed with the end of season 8. The high rating Caribbean crime drama aired last at the beginning of January 2019. The series features the detectives investigating the number of murders and mysteries. And when they find it out, a lot of things happen. After the consecutive release of eight seasons, the showrunner didn’t stop the show because of the high demand from the viewers. Hold your breaths! Death in Paradise season 9 is coming for the fans.

The Filming of the show started in May 2019 on the location of Guadeloupe. In 2017, the creator and the writer of the show expressed the uncertainty of the show shooting in Guadeloupe. It was regarding the controversial Brexit. The officials shared that Guadeloupe, a territory of France, is the part of Europian Union. It makes it easy to film there. Leaving a single market may turn it difficult for them. They stated that they would wait and see until the Brexit happens.

The whole world knows what happened to Brexit. So, it wouldn’t have been harder for them to shoot for Death in Paradise season 9 and who knows the shooting is wrapped and they have already started filming series 10 which is also renewed?

What’s Coming With The New Season?

The Death In Paradise Season 9 will be great fun. At least that’s what the Executive Producer of the show says. Tim Key teased they are delighted to back again in Guadeloupe working with the fantastic cast and crew. The more mysteries are more innovative in the Caribbean sun. Tim added that they couldn’t wait to have it streamed for the fans because some surprises are coming for them. The officials didn’t reveal any spoiler for the upcoming series and hence left the audience tense. What are the fabulous team coming to serve with?

Cast Additions In The Upcoming Series

The reports say that Florence, as Jack’s second in command, is set to come back to Saint Marie. Aude Legastelois who debut in the last episodes of season 8 is to continue her role as Madeleine. Ardal O’ Hanlon is returning in the part of lead detective DI Jack Mooney. He will lead the entire team of officers, including JP Hooper, Ruby Patterson, and DS Madeleine Dumas. To perform the role of Commissioner Selwyn Patterson Don Warrington is back.
The news is coming that Josephine Jobert will not return as Florence and also Officer Dwayne Myers who left the show before the beginning of season eight is not coming back. Well, we have even heard the guest appearances in the upcoming season. However, we don’t know who exactly. You’ll have to wait to watch the series.

The trailer of the Death in Paradise season 9 is not released yet. However, the season is expected to release by January 2020. If it turns right, then the trailer might launch anytime. Wait until the official announcement. For more updates, please stay connected to us!