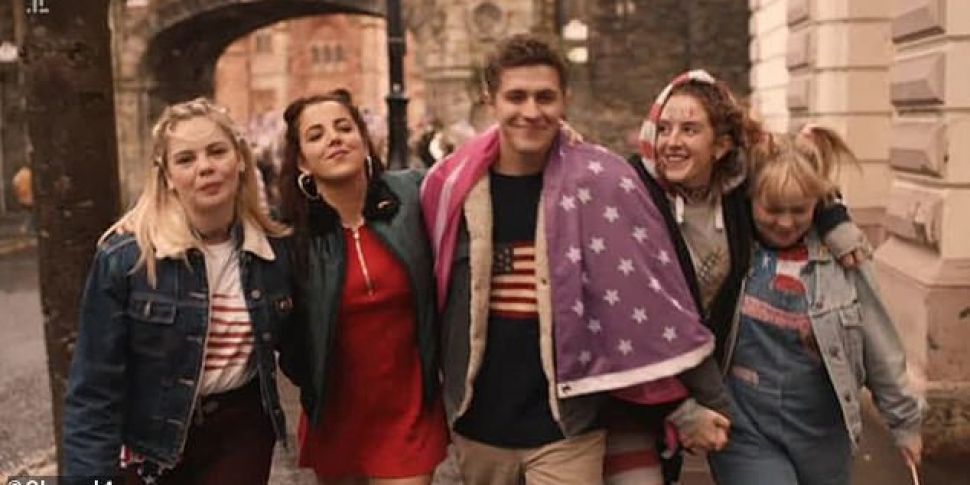 After so many award nominations for the second season, Derry Girls Season 3 has been greenlit by Channel 4. Just after the end of the second season in April, the show got renewed for its third run. The audience loves and adores the show because of its different plot and positive vibes. The show has been the most watched series in Northern Ireland since modern records began.
Derry Girls is a British sitcom created and written by Lisa McGee. The show is set in the 1990s in Derry, following a 16-year old girl Erin (Saoirse-Monica Jackson) and her unusual friends and family. Erin’s gang includes her cousin Orla (Louisa Harland), Clare (Nicola Coughlan), Michelle (Jamie-Lee O’Donnell) and her cousin James (Dylan Llewellyn). The series features writer’s own experiences as a teenager in a world of armed police, British army checkpoints and peace walls.

What Will Happen in Derry Girls Season 3?

Derry Girls is famous for its soothing comedy, amidst the Troubles in the early 1990s. The third season will pick up where the amusing second season left off. The second season saw the beginning of a dormant romance between Erin and James. However, James almost left Derry, for good. Though the second season ended on a positive note, with an inspiring speech from Bill Clinton. This scenario is from his real visit to the city in 1995.

The writer of the show, McGee also talked about the various possibilities of the third season. According to her, the next season will be set in a more affirmative period for the gang. Their hometown will move forward towards peace and the Good Friday Agreement of 1998. She also suggested that this will be the pinnacle point where she would like to wrap things up.
McGee also teased some severe spoiler for the third season. In the third season, one of the Derry Girls crew would leave and join the rival gang. And the story would explore the other girls and how they will get them back and deal with the situation. Also, there will be a lot of Erin-James love scenario in the next season. This means that the fans would expect the same comedy-drama as the show is delivering from last two years.

McGee also expressed her enthusiasm for the next season in an interview, as she stated:
“I love writing this show, and I’m so thrilled to be able to continue the Derry Girls story. Thank you, Channel 4, Erin and the eejits live to fight another day!”

When Will Derry Girls Season 3 Release?

It seems like the audience has to wait for quite some for the next season. Derry Girls debuted in January 2018, followed by the second season in March 2019. Therefore, the third season of the show would release in May 2020. However, Channel 4 has not announced the official release date for Derry Girls Season 3 yet.