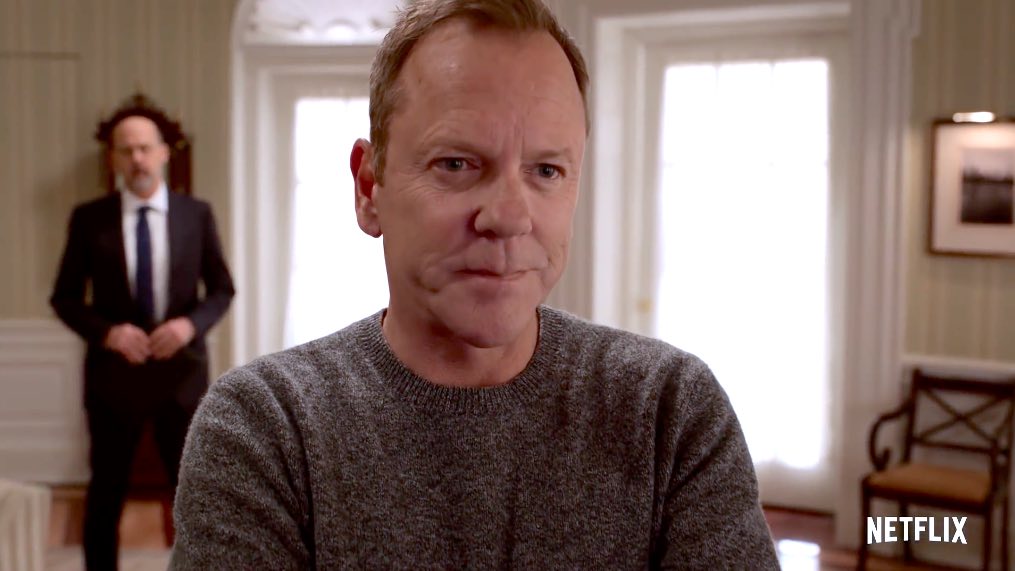 Designated Survivor Season 3: What Will Happen In Third Season?

The fight has just begun. Designated Survivor Season 3 is mere weeks away, and the fans are incredibly excited for the show. The fans also feel blessed when Netflix saved the show after US network ABC dropped it. The show received more acclamation with the streaming giant and love by the audience all around the world.
The political thriller drama follows the journey of Tom Kirkman (Kiefer Sutherland) as the President of the United States of America. The show is a mix of political drama and anti-terror action.

The first full trailer for the third season arrived on May 3, 2019. The trailer is a complete mixture of total mishap and confusion. The next elections for the President will take place, and the campaigning procedure had already begun. Tom Kirkman also said something stupid in a conference, the consequence of which he will suffer in the upcoming elections. Everyone is in chaos, and the people beside Tom are trying their best to compensate all the mishappenings happened till now.

What Will Happen in Designated Survivor Season 3?

At the end of the second season, President Kirkman addressed about an earthquake. He also announced that he’d run for the next elections as an independent. The synopsis of t he Designated Survivor Season 3 has already released which is as follows:
“In the new season, President Kirkman (Sutherland) will face a political reality–campaigning. What does it take to make a leader? What price will he be willing to pay? This season will explore today’s world of campaigning, smear tactics, debates, campaign finance, and “fake news.”
This means that the President will suffer a lot of tribulations of political advertising tactics by the opposition while the entire campaign process runs. He will also try his best to secure the interest of the public opinion and to get elected for another run for the welfare of people only.
His staff members, including Aaron Shore (Adan Canto), Emily Rhodes (Italia Ricci), Seth Wright (Kai Penn) will also stand affront and will do everything they can to defend their Commander-In-Chief. The new addition of Lorraine Zimmer (Julie White), Mars Harper (Anthony Edwards), Elena Tovar (Isabel Pardo) and Dontae Evans (Benjamin Watson) will affect the whole campaigning for Tom Kirkman, in good or bad ways.

Declare your independence. Season 3 of Designated Survivor arrives June 7, only on @Netflix. pic.twitter.com/u896jKpwGr

The production work for the show had wrapped up in February 2019. And after that Netflix scheduled Designated Survivor Season 3 to release on June 7, 2019. The third season will feature 10 episode queue, less than last two seasons. However, it will not lessen the gripping and jaw-dropping scenario around the President.