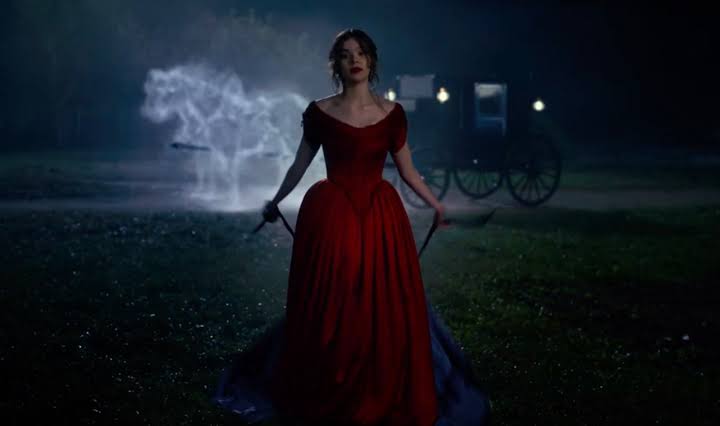 The production for Dickinson Season 2 has started. Apple TV+ renewed the series even before the debut of the first season. It becomes the first TV show to get a renewal by Apple TV. Dickinson gets a positive response from the fans as well as the critics.  Since the filming has started, the news began to come from the sets. One major news is about new faces joining the cast of the upcoming season.

Dickinson is an American comedy-drama web TV series. This show centered around the life of Emily Dickinson. The show is set in her era of love and modern sensibility. Alena Smith created this show for Apple TV+. This series made its debut on 1 November 2019 and got its renewal in October 2019 even before the premiere.

tfw #Dickinson has officially been renewed for a Second season pic.twitter.com/xRH3Ti3Yoj

Emily explores gender and family as an aspiring writer who is facing a difficult time living in this society. This show is about the woman who fights for change and makes an impact.

According to the reports, two new faces will be joining the cast of Dickinson Season 2. Finn Jones will appear as “Samuel Bowles.” This actor is popular for his roles in Iron Fist and Game of Thrones. Along with him, Pico Alexander will join the cast as “Henry ‘Ship’ Shipley.” He is quite famous for his role in Catch-22 and Home Again. Henry is a dropout from Amherst College, who rents a place at the Dickinson. Death, played by Wiz Khalifa, would possibly come back in the second installment. However, whether he is coming or not is not confirmed yet.

The first season followed the story of a Young Dickinson. He fell in love with her best friend, Sue. But she indulges in a romantic attraction for her father’s assistant, Ben. They got in a relationship and promised to love each other without being married. However, their story didn’t last long because Ben passed away due to tuberculosis.

In a recent interview, Showrunner Alena Smith said that “Season 2 will explore the writer’s position on fame. Season 1 gives one answer, which is it was a patriarchy, and her father was against women publishing. Season 2 is going to ultimately turn that inside out and give a very distinct answer.”

Dickinson Season 2 will concentrate on Emily becomes mature with the time. The upcoming season will tell the story of Emily getting familiar with loss and settling with the truth. The second installment will allow her to get in good terms with Sue. It will also explore the privacy behind Dickinson’s work. The next season will not take the fans to the period of civil war just yet. But that will soon happen in the upcoming seasons.