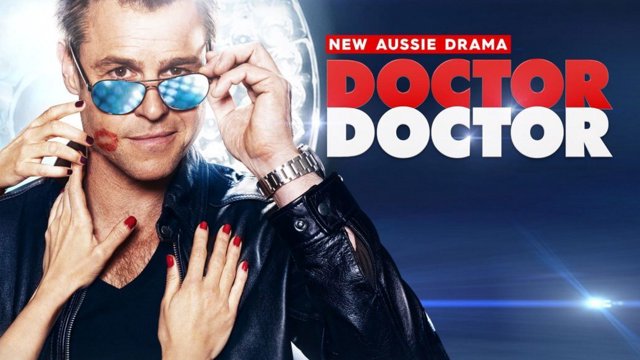 The charming heart surgeon is set to return with Doctor Doctor Season 4. The installment is currently in the making and plans to be back with all the drama soon. A lot has changed since the show began, and Dr. Knight’s life is still messy. Hopefully, the latest season comes along with surprises for the character.
Doctor Doctor revolves around Dr. Hugh Knight, a high-flying and gifted heart surgeon. The Australian show began back in September 2016 and went on to follow Dr. Knight as he creates a mess of his life. As a punishment for his failings at work, he is forced to relocate to his hometown. The character comes along many challenges in the provincial town.

Nine network received much love and appreciation for the project. Fans around the world praise the series for the connection it makes with them. The third season premiered back in August 2018. Soon after it ended in October 2018, showrunners were showered with questions about the future of the show. The television network didn’t take long to answer by renewing Doctor Doctor Season 4.


The series went straight into pre-production and took a while to start filming. The cast and crew began shooting in April 2019. Moreover, they are currently in the middle of the productions in their Sydney set.

Doctor Doctor Season 4 will surely be a mixture of goods and bads for the Knight family. However, the lead character has a lot to go through this year. Nine Network has revealed that serving out his probation in rural Whyhope and saving the family farm is not all for Dr. Hugh to face. Life is about to go totally, disastrously wrong for him this season. Moreover, this time, even his friends and family won’t be able to make it easier for them.


As of others in the family, the members may have to go through a new set of complications. Moreover, lead actor Rodger Corser reveals that the classic love triangle will now shift from Hugh and Penny to a bit of Matt, Charlie, and April. He hints that there’s a lot of drama coming in for fans in Doctor Doctor Season 4.

The Knights Will Have More Than One Baby

Fortunately, yes. As Rodger suggests, the Knight family may have two little babies instead of one that we know of. Moreover, he mocks that there could be so much fun surrounding the same. We hope that the news brings loads of happiness into the family. It’ll be interesting to watch what happens next.

The previous installment of the show premiered back in August 2018. The series usually takes a year to be back for another. However, it’s not the case this time. It’s already August, and we’ve heard nothing major of an exact date of release. We hope that Nine network soon announces an air date. Although as per speculations, fans can expect Doctor Doctor Season 4 to be back by late 2019.
Doctor Doctor stands as one of the most popular shows on Nine Network. It surely is a unique concept and manages to give us pure entertainment. We hope that it runs for a bunch of seasons ahead in future.