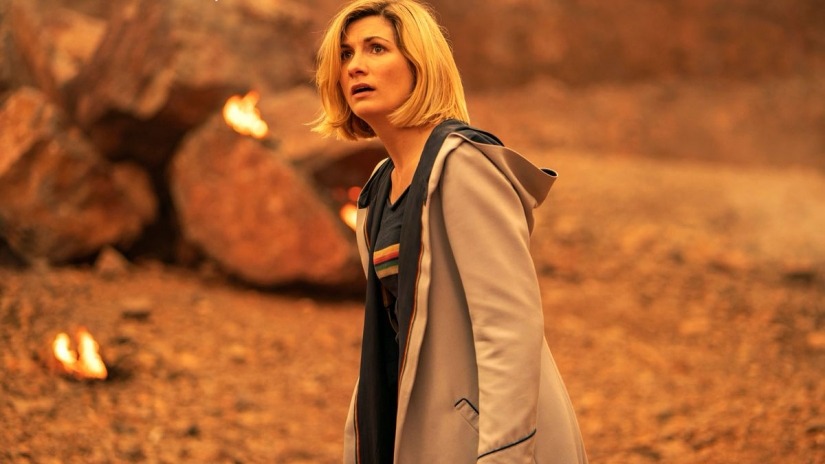 Doctor Who Season 13: Renewed or Canceled? Cast, Plot & Everything To Know

Doctor Who season 12 just concluded, and it has left the viewers wanting more. So, now fans are already asking for Doctor Who Season 13. The science fiction tv show follows the adventures of Time Lord, who is most commonly called “The Doctor.” The Doctor is an extraterrestrial being but looks almost like a human. He/She, along with their team, called TARDIS explore the universe.

The show first aired in 1963 on BBC. It has completed 12 seasons run and is on the way for the thirteenth season. Most of the information about Doctor Who season 13 is under wraps till now, but little crucial information is out. Here is everything that is out and you need to know-

What Could Happen In Doctor Who Season 13?

The twelfth season of Doctor Who ended pretty dramatically. By the end, The Judoon had arrested and imprisoned the Doctor for crimes that she has no remembrance of. Her whole family has returned to their own time using their own TARDIS and have already believed that the Doctor is no more. Since there is a Holiday Special on the way from the franchise, it is possible that this may be addressed there. However, this holiday special could also contribute to the thirteenth season’s storyline.

The things that were revealed in “The Timeless Children” will surely go on for a long time, only adding up to the mystery of the show. The Doctor knows that the entire history is based on a lie, and she is not the Time Lord. However, there are possibilities that all this will lead to Doctor rediscovering her own people who she has never seen or met before. Along with this, there might be other encounters somewhere connected to the forgotten past incarnations that might take the focus.

Chibnall has recently revealed that they already have big and ambitious plans for the thirteenth season. In an interview, he said that they are already planning the stories they would cover. Once the viewers see the end of the story, they will realize that some stories are already taking shape for the upcoming season. We have big and ambitious plans together, he added.

Who All Are Coming Back For The Series?

The incumbent Doctor played by Jodie Whittaker is surely coming back for more adventures with Chris Chibnall. On being asked of her comeback, she said that she is doing another season. It would be a massive lie if I said I dont know, she added. Other than her, it is unclear who is returning. It looks less likely that her companions Tosin Cole, Bradley Walsh, and Mandip Gill, would come back. There are rumors that all the TARDIS team will jump from the ship before season 13. With that said, Sacha Dhawan has revealed that he is open to coming back to the show as The Master if the fans want him.

Another Character that fans really want to see again is John Barrowman as Captain Jack Harkness. Fans are very eagerly asking if he will come back in Doctor Who season 13 for a reunion with the Doctor? On being asked, he said that he would come back with the drop of a hat. He is hopeful of working with Jodie, and that would be incredible. Barrowman added that he didn’t want to give out the plotline and said it’s a kind of cliffhanger of what would happen. So, we should all wait.

When Is Doctor Who Season 13 Coming?

There is no official date on when Doctor Who season 13 will release. However, we can expect the season to start filming later in 2020 and follow the 10-month shoot. Keeping in mind the whole process, the show should return in the autumn of 2021 on BBC One. With that said, There isn’t just this series the Doctor Who fans shall be waiting for. In fact, there’s more.

Chris Chibnall has announced that a Doctor Who Festive Special is on the way. The Festive special is named the Revolution of the Daleks. Fans can expect the special to either release in late 2020 or early 2021. The special will have Daleks, and exterminations, and Thrills, tears, laughter, and so much more.

A lot is coming in for all of you, Doctor Who Fans, so be patient. The way everything is coming out, it all looks very, very interesting. So, clearly, you’d want to know every single update there. Don’t worry. We will keep you posted on that. You just stay tuned with tvseasonspoilers.com for the latest news and information on the show.