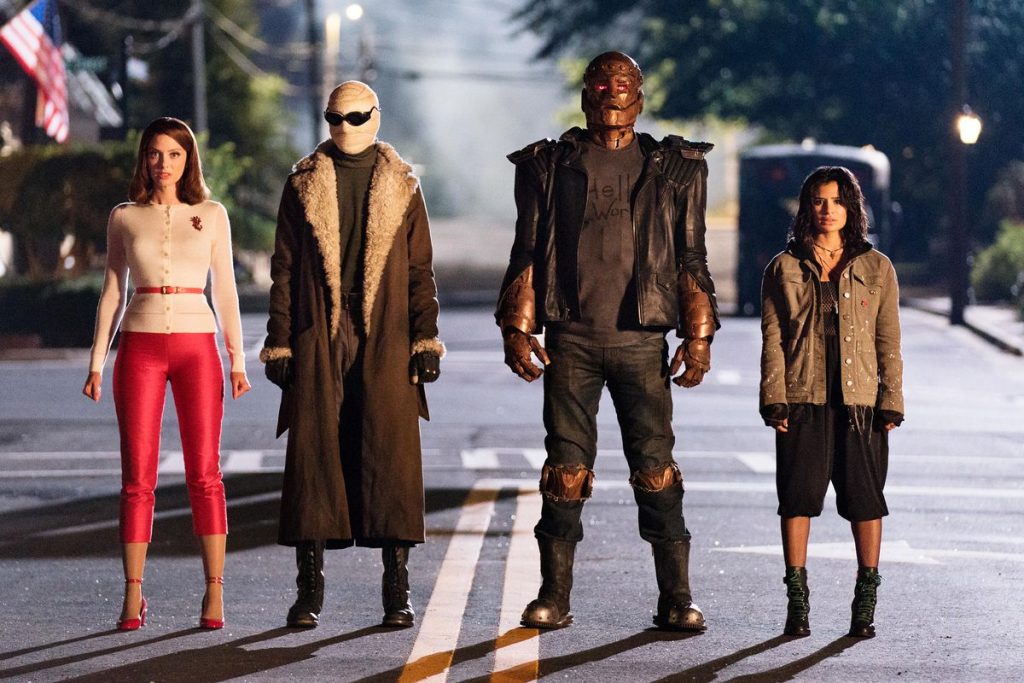 Though DC comic’s misfit Superheroes did not have many fans following, their collaboration TV show does. However, the Doom Patrol is going to come back for the fans, again. Doom Patrol Season 2 will be the next installment of the DC Universe streaming service. The announcement for the renewal of the show for sophomore run took place at this year’s San Diego Comic-Con.
Doom Patrol features a team of people who received Superhuman abilities in some horrific accidents These people are DC comics outcasts which includes Robotman (Brendan Fraser), Negative Man (Matt Bomer), Elasti-Woman (April Bowlby) and Crazy Jane (Diane Guerrero), led by a scientist, Dr. Niles Caulder, also known as the Chief (Timothy Dalton).
With the debut, Doom Patrol has created its position in the hearts of the audience. The show has been received quite well by the audience and the critics as well. Doom Patrol has a rating of 95% approval rating on Rotten Tomatoes. Because of its popularity, the renewal of the show took place just two months after the first season wrapped up.

The Sequel Will Premiere on HBO Max

The first season of Doom Patrol premiered only on DC Universe streaming service. However this time, the sophomore run will be available for its fan not only on the streaming platform but on Warner Media’s new streaming facility as well. The second season will premiere on both DC Universe and HBO Max.

In the first season, Chief was the one who brought all of them together to deal with the threats which come along against humanity. However, the mentor of Doom Patrol gets kidnapped by the supernatural super-villain known as Mr. Nobody. Then Victor Stone, also known as Cyborg (Jovian Wade), reassembles them to save the Chief.

Along the first season, the team had to struggle with the inner evils. However, they kept everything aside to find Chief. In the way, they dealt with so many situations, including the wrath of gods, rats, and cockroaches. The team was able to do all this with the help of throwback muscleman Flex Mentallo and Chief’s daughter Dorothy, along with a mystical cavewoman.
The second season of Doom Patrol will likely see The Brotherhood of Evil joining. Not just this, Season 2 will also feature a thorn entering o the side of the Chief and family from the past days. Along with these new additions, Doom Patrol Season 2 will provide the usual weirdness of the characters and the situations, just like its debut run.

The debut season of Doom Patrol premiered in early 2019. Therefore, it is pretty likely that the sophomore run of the series will also premiere early next year, in 2020. However, the show is just renewed for the second season. There has not been even any update on the production work for Doom Patrol Season 2 yet. Till then, stay tuned for future updates.