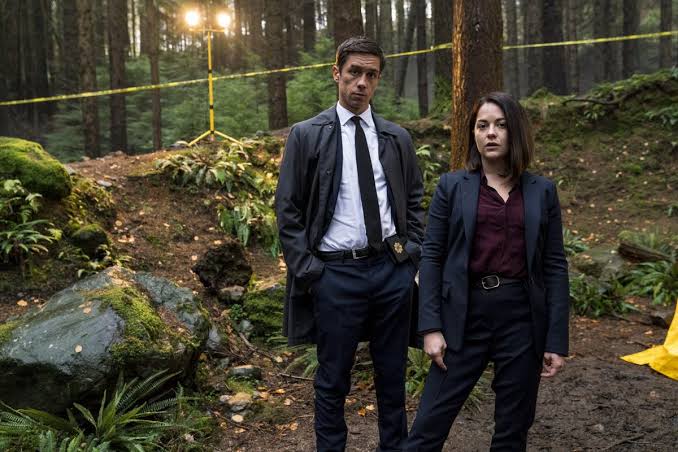 BBC’s psychological crime thriller drama Dublin Murders ended only a day ago, and the speculations say that the Dublin Murders season 2 will happen. The fans wanted the last episode to answer all the questions they had. Instead, it ended with many more problems. Katy’s murder mystery was solved, and the consequences were enormous for Rob. Both the detectives Cassie and Rob went their separate ways, and Cassie was left with struggling with her trauma. Fans can watch the entire series of Dublin Murder on BBC iPlayer.

Dublin Murders Season 2: Is There A Possibility?

The BBC hasn’t yet revealed the confirmation of Dublin Murders Season 2, but it may soon. Reports say that Kate Harwood, who is the executive producer of the series, hinted to the renewal. Speaking to a magazine, she said that the detective had narrated every book with a vivid connection with the crime. There is a secondary detective in each book who goes on to lead in the subsequent novel. It is like a baton passing from book to book.
She also added that Frank, who is the main character from the third book Faithful Place, appears as Cassie and Nemesis’s mentor. He is also strongly present in the latter half of the series. It should be noticeable for the fans that Dublin Murder is based on Tana French’s novel. So, fingers crossed for the Dublin Murder Season 2.

Dublin Murders Season 2: The Story And The Plot

Any officials of the show have not confirmed the renewal of the show, so we can’t tell the plot. But yes, we can anticipate that the story will go with the flow where it left off. Fans have so many questions, and those need to be answered.

How Did The First Season End?

The first season ended with the shocking revelation of Katy’s mysterious death. Nobody, her sister, masterminded her assassination by manipulating the mind of Damien. Cassie left the police force and vowed not to see the Rob again, and Rob unmasked as Adam. So, why the series ended with so many open ending plots? Is there a sequel coming? Will the Dublin Murders Season 2 confirm?

Was Rosalind An Evil?

Seem so! Murdering your sister is not less than evil. She convinced the police and Damien that her father sexually harassed her. The police held her father the prime suspect in Katy’s murder. Moreover, she exposed Rob and also his one night stand with Cassie.
On the other hand, she told Cassie that she was proud of Katy. Whatever she did is because of the unjoyous marriage of her parents. To make them realize that how does it feel to be like her. Do these things justify that she probably was not evil, instead of a victim of mental trauma? Well, only the next series can answer this question.

Dublin Murders Season 2: When Will It Release?

There is still no confirmation about the renewal of the series, but there is, of course, a possibility. As soon as any updates reveal, we will tell you here. Till then, stay tuned with us!