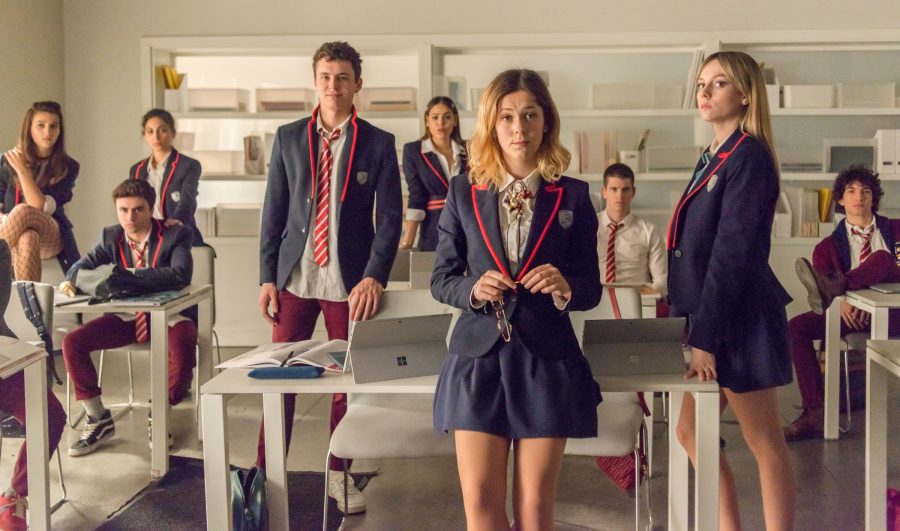 The much-awaited series, Elite Season 3, is ready to make a comeback on Netflix. And the fans cannot keep calm about the show. A month before the premiere of Elite Season 2, the drama thriller got renewed for its third reason. Moreover, the show has wrapped up its filming schedule and is now in the post-production process. Created by Carlos Montero and Dario Madrona, the show has received massive applause from the fans.
Elite revolves around the life of three working-class friends- Samuel, Nadia, and Christian. They are given scholarships to study in an exclusive private school, Las Encinas, in Spain. The highly acclaimed series has received about 200 million viewers on Netflix. The second season of Elite premiered on September 6, 2019. It had a run of 8 episodes. The GLAAD Media Award, 2019 winner, has kept the fans hooked to their tv screens.

Spoilers tease that Elite Season 3 will focus on the aftermath of Marina’s death. Fans will get to see the consequences of Marina’s death on the life of the students. Moreover, while dealing with the painful incident, the students will endure broken friendships and relationships. It will tear their families apart. This will happen because some of the students will be compelled to lie for protecting the culprits. Furthermore, some students will only dream of justice to prevail in the incident. Fans will get to see the story wrapped with betrayals and heartbreaks in the upcoming storyline of Season 3.
Spoilers further suggest that Ander will threaten Polo to reveal a big truth to Guzman. He intends to unveil that Polo is the real culprit. Moreover, fans will see that Ander will also ask Polo to use his trust fund to help Nano. Although Nano was wrongly accused of the killing, he will manage to come out of jail. Nano will then pack his bags and will decide to leave Las Encinas.

Moreover, t he third season will show that Samuel and Guzman will try their best to hold Polo Accountable for the crime that he has committed. Spoilers also say that fans will see Nadia struggling from the incident of his leaked sex tape. However, it is yet to see how she will recover from this painful incident. Furthermore, the original cast member, Dana Paola, has dropped hints about the upcoming theme of Season 3. She posted a short video on her Instagram story. It suggests that the forthcoming installment will showcase that kids will graduate.

The showrunners have announced that Elite Season 3 will return sometime in 2020. However, there is no official confirmation about the release date of the upcoming season. The show has met with critical acclaim from the fans as well as the critics. For more updates on Elite Season 3, stay tuned to TV Seasons and Spoilers.