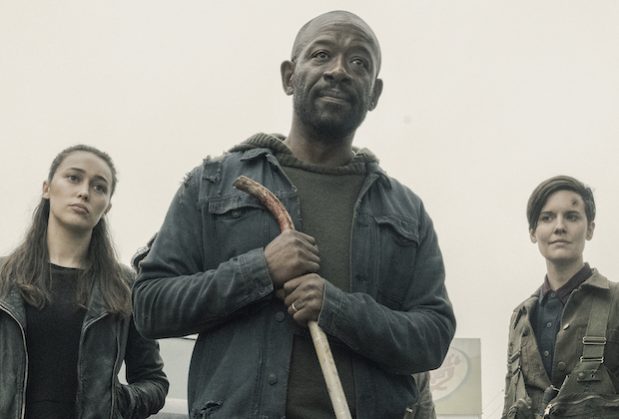 AMC’s second most-watched series, Fear the Walking dead Season 6 is all set to hit the screens. There are many expectations in the plot and the cast of the show.
The show has witnessed quite a number of changes in its running span from the change in showrunners to the change in cast. Season 6 of the series is expected to witness the change in the plotline along with the change in casting.
The American post-apocalyptic horror drama, Fear the Walking Dead is a spinoff series of walking dead, a series based on the comic book with the same name.
The show got its renewal on September 29, 2019. Since the renewal, there has been much hype about the show.
Here’s everything that could possibly happen on the upcoming season of the series.

The plot for season 6 of the show is expected to be better than the previous season. Here’s what we expect can happen-
There might be a significant shakeup in the core of the show. There will be a considerable launch story for Season 6. This will also bring a major twist that will also bring a significant change in the narrative of the show. The show will now be more focused on individual characters. In the new journey, the upcoming series will also be a darker one.


A significant question that can be addressed in Fear the Walking Dead season 6 is whether Morgan will die or stay alive? Another issue that could be addressed is whether other characters will be able to grow under Ginny’s rule or not? Or will they develop into a character they never knew they could become?
Grace’s pregnancy could also be a considerable influence on the storyline of the coming season. The unfolding of the baby’s relation with Morgan will be pretty interesting.

Other than this, More Logic Please?
Season 5 of Fear the Walking dead more than often forced its viewers to suspend their logic and disbelief into believing things that didn’t seem quite apt. Season 6 might get a bit logical. That means, No magic bottles, not beer bottle-shaped hot air balloons.
We understand that we are talking about a reanimated corpse, but some reality would be nice.

There will be a bit of shakeup in Feat the Walking dead season 6. The sixth installment of the show will witness new characters, including Nicolas Cantu from Hey Arnold: The Jungle Movie, Alexa Mansour from How to get away with murder, and Hal Cumpston from Bilched.

When Will The Show Release?

Fear the walking dead will be available for the viewers in the spring of 2020 on ABC Networks. However, no official release is yet announced. The show, just like the previous ones, will have 16 episodes divided into two halves eight each.
The series will reach you next year until then you share with us how excited you are about the show and what do you expect? Or any theories you might have in the comment section.