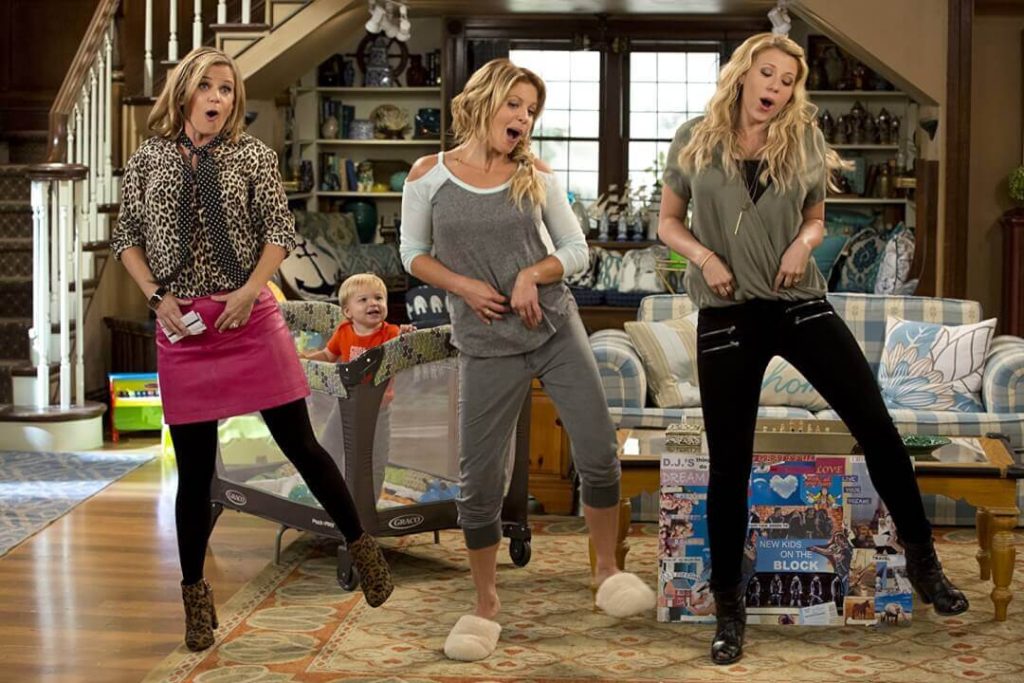 Fasten your seat belts, because Fuller House is almost set to take us on another fantastic journey of family comedy with its fifth and final installment, Fuller House Season 5. The audience is already too excited and pumped to go on new adventures with the Tanner family.
Created by Jeff Franklin, Fuller House is a sitcom series of Netflix. The series is a spin-off of a 1987-1995 series named Full House. The show focuses on a trio that includes D.J. (Candace Cameron Bure), Stephanie (Jodie Sweetin) and their best friend Kimmy (Andrea Barber). They altogether live with their children at Tanner’s childhood home in San Francisco and deal with various kind of funny situations everyday.
The announcement for the fifth season of Fuller House came with an official video. The video featured all the characters and their special moments from the series. Also, they all appeared in small glimpses to reveal that they are saving the best for the last. The news of Fuller House Season 5 being the final season of the show brought in bitter-sweet feeling for the beloved fans of the show.

Earlier this month, the lead of the show, Candace Cameron Bure used Instagram to tease her fans on the upcoming season of Fuller House. She posted a snap of her, from behind the scenes, along with costars Jodie Sweetin and Juan Pablo Di Pace. The picture featured DJ and Stephanie Tanner dressed in colorful, ruffled gowns standing next to Kimmy Gibber’s long-term love interest, dressed in a suit. The picture also made sure that the upcoming season will be a complete blast. The fans are eager to have the Fuller House showdown soon.

The picture posted by Bure teased a lot more than it seems. The eagle-eyed fans of the show glued up to the image and took out some minor, yet important detail from the post. And it looks like the final season will feature a wedding, Kimmy’s Wedding. They spotted a wedding dress kind of thing at the top left corner of the photo. Also, the dresses the sisters or can say her maid of honor/bridesmaid, are wearing also reflects Kimmy’s style. Therefore, the wedding bells will likely ring in the final season of the series.


Not to forget, back in July, Bure also discussed about a wedding in the upcoming season of Fuller House with Entertainment Tonight. As she stated, “I think probably wedding bells—who knows for which couple, but we have plenty to choose from.”

Season 4 of Fuller House landed in December 2018, and renewal for the fifth season took place just after the month of release, along with that farewell video. Therefore, it seems that the final season will take quite some time. Netflix has not released an official premiere date for the last season yet. However, the teaser trailer indicates that the show will return by the fall or in early autumn.