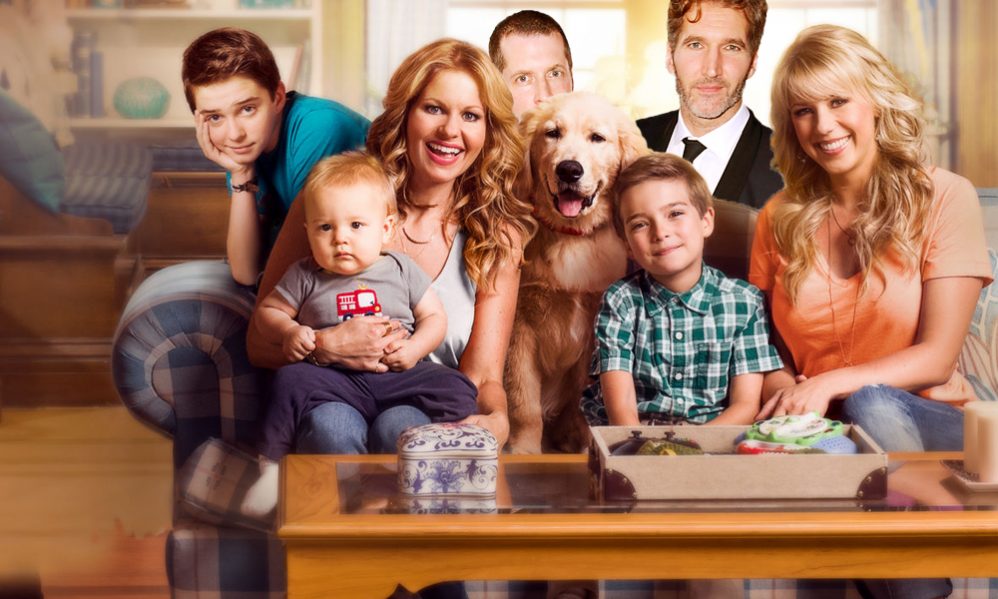 Fuller House, the reboot of classic series, Full House, was picked up by Netflix in 2016. Fuller House ran for impressive four years run, and in January, the streaming service renewed the show for one final season. The announcement for Fuller House Season 5 came along with an exclusive announcement video, featuring the main cast of the series.
Fuller House focuses on D.J. (Bure), a widow in her 30’s, bringing up three kids of her own. However, with the help of her sister Stephanie (Jodie Sweetin) and her childhood friend Kimmy Gibbler (Andrea Barber), things for D.J. seems alright.

Just recently, on November 15, the production work for the final season of Fuller House ended. However, the wrap-up day also came out very emotional for the entire cast of the series. Especially for Candace Cameron-Bure, who has been sharing her last days’ experience from the set of the show for a long time. The stars also mentioned their feelings with the help of posts on social media.

Along with the regular cast of Fuller House, the audience will see some old-time faces from the parent series, Full House. The list includes Bob Saget as Danny Tanner. Dave Coulier as Joey Gladstone and John Stamos as Jesse Katsopolis. Along with them, the fifth season will see the return of Candace Cameron Bure as D.J. Tanner-Fuller. Jodie Sweetin as Stephanie Tanner. Andrea Barber as Kimmy Gibbler. Michael Campion as Jackson Fuller. Elias Harger as Max Tanner. Dashiell and Fox Messitt as Tommy Fuller Jr. Juan Pablo Di Pace as Fernando Hernandez-Guerrero. Scott Weinger as Steve Hale. John Brotherton as Matt Harmon, and Adam Hagenbuch as Jimmy Gibbler.


However, one face the audience will not be able to see is of Lori Laughlin’s, Becky. At present, the actress is facing substantial prison time for her participation in the Varsity Blues college admissions scandal.

The final episode of Season 4 of Fuller House ended with the entire cast in the hospital. They were assembled for the birth of Stephanie’s surrogate baby. The final season will likely sum up all the open-ended storylines of the characters. Previously, Bure teased a wedding scenario in the upcoming season. She posted a snap of her from behind-the-scenes, and in that, the audience spotted a wedding dress in the corner of the picture.
Therefore, the wedding will likely take place in the final season of the series. And as per the setting, it all reflected Kimmy’s style. That will be the best kind of farewell for the show.