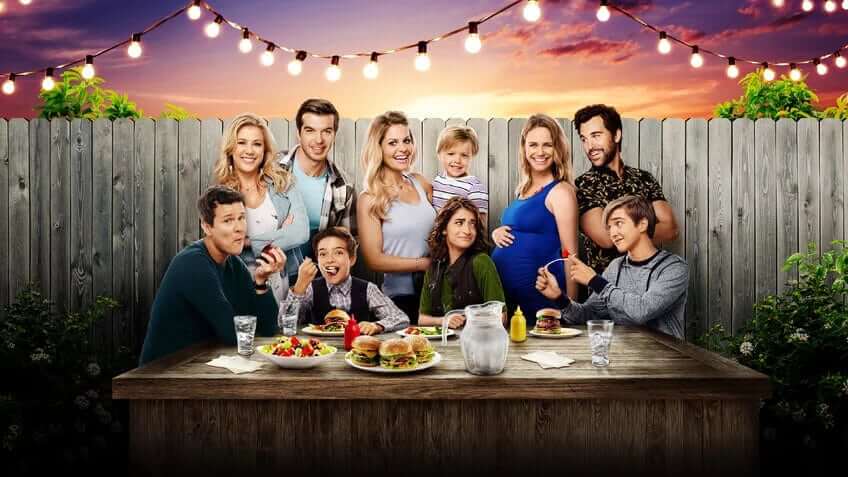 The fans will get on board one more time on the Tanner family’s adventure quest just for one more time. Netflix officially renewed Fuller House Season 5 on January 29, 2019.
Fuller House is a sitcom series of Netflix, created by Jeff Franklin. The show is a spin-off of a 1987-1995 series named Full House. The show follows a trio of D.J., Stephanie and their best friend Kimmy, who live altogether with their children at Tanner’s childhood home in San Francisco.
Fuller House, has been around since 2016 and has satisfied its old and new fanbase with new stories centering on the two older daughters of Danny Tanner (Bob Saget): DJ and Stephanie.

The star of the show, Candace Cameron Bure (feature as D.J. Tanner-Fuller) recently posted in her Instagram story about the fifth season. Candace revealed that they would start filming the new season in June. While the exact premiere date is still a mystery, she hinted that we could expect new episodes in December, if not sooner.

Fuller House is itself a full package, as it features the original cast of its parent series, Full House, whether they appear in a cameo role, or as a permanent cast member. Therefore, the final season will also expect Bob Saget (Danny Tanner), John Stamos (Jesse Katsopolis), and Dave Coulier (Joey Gladstone) to return and fulfill their fate. Also, Uncle Jesse will also appear in this season. This came after John teased a photo of the OG Full House cast on his Instagram. “Gearing up for the fifth and final,” he wrote.

Lori Loughlin, who plays the favorite Aunt Becky on the show, will not be there in the final season of the series, according to the reports. The result is a followup her alleged involvement in the nationwide college admission scandal. After months of rumors and speculations, D.J.’s son, Michael Campion revealed the heart-wrecking news. As he stated, “It is kind of sad losing a member like that because I didn’t think that she wasn’t going to be on the show anymore, but that was Netflix’s decision.”
Candice also confirmed the news about Lori’s dismissal. She recently posted a picture with all the other leading ladies, and in that, Lori was clearly absent.

The fourth season of the show left some open threads to deal with in the next season. It ended with the birth of Stephanie’s surrogate baby and Jimmy proposing to her. Therefore, the fifth season will likely feature a possible wedding of the two along with some crazy new baby drama.
Also, Candice herself revealed in an interview to ET, that someone will definitely walk down the aisle in Fuller House Season 5. And it seems like there are plenty of couples to choose from for the wedding scenario.
As per the fans demand, DJ and Steve would likely tie the knot. However, Jimmy and Steph are also engaged, and Fernando and Kimmy are also together, Happily! So, maybe the final season will witness a grand happy ending of all three of them getting married and living happily ever after.

The fourth season of Fuller House landed in December 2018, and renewal for the fifth season took place just after the month of release. Therefore, it seems that the final season will take quite some time. Netflix has not released an official premiere date for the last season yet. However, the teaser trailer indicates that the show is coming back during the fall of this year.