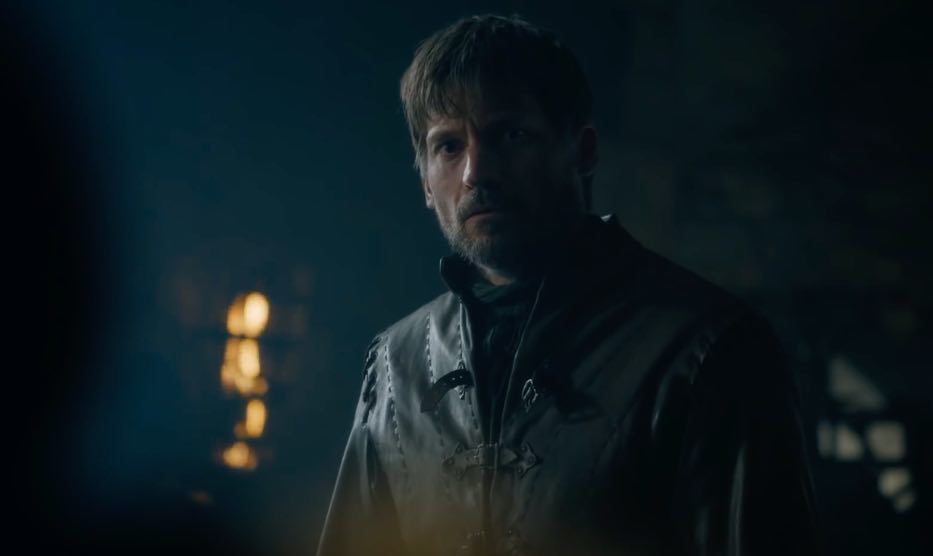 Whilst the journey of Game of Thrones, it saw significant deaths all along. Will they be Ned Stark, Joffrey Baratheon, the Red Wedding and many countless ones. ‘The Game of Thrones Season 8’ has bowed upon us. And it’s pretty evident that the last season will witness many notable deaths as well. However, the fans are desperate to know the fate of Jaime Lannister.
Jaime Lannister (Nicolaj Coster-Waldau) is one hell of a character. At the beginning seasons, the audience hated him. With him pushing Bran Stark from the tower, the fans expected him to die as soon as possible. But later, Jaime Lannister went through so much. The character’s personality changed, from that brut evil Kingslayer to this soft, kind-hearted person. He even left King’s Landing when Cersei denied sending her army to the north.
Now, Bran has been waiting for Jaime as he reaches Winterfell. His life is at risk since he entered the place where he did an evil sin of pushing Bran off the tower. And also Jaime is now under the roof of Danaerys Targaryen, daughter of Aegon Targaryen (The Mad King) whom he slew years ago. The preview of The Game of Thrones Season 8 Episode 2 also showed Jaime standing in front of the Queen Danaerys, may be held to pay back everything he did lately.

Unfortunately, it’s TRUE. Jaime Lannister will die in Game of Thrones Season 8. This is one of the tragic news the audience will hear about the final season. According to reports, he will die at Winterfell, while fighting with the undead army. The White Walker army is on its way to the Winterfell, and every Northerner is ready to fight the deads.
However, Jamie will die fighting for a good cause in Game of Thrones Season 8. He will hold quite a lot of undead to save someone during the Battle of Winterfell. Meanwhile, that someone is yet to reveal. If this happens, the audience will be felt utterly shocked and heartbroken.

In the interview with Huffington Post, Nikolaj teased the fans with quite big spoilers for Game of Thrones Season 8. According to him, Jaime might find the love of his life, and suddenly he’ll be like, God, this is it, no more. This directly signals towards Brienne of Tarth.

The audience also saw the relationship between Jamie and Cersei falling off. Though she is carrying his baby, she just seemed indifferent about Jamie at the very end of the last episode of Game of Thrones Season 7. On the other hand, Jaime and Brienne’s relationship has always been full of mysterious tension and eye talking. Therefore, the love, Nicolaj was talking about would likely be Brienne.
Jamie will likely die in Brienne’s arms while fighting in the greatest battle of the century, the Battle of Bastards. This seems somewhat tragic, as the couple did not even get a teeny-tiny bit of time for themselves. Brienne was busy safeguarding the stark sisters, while Jaime was standing alongside Cersei leading the Lannister army.
However, George R. R. Martin did not even promise the fans about the happy ending of the show. The conclusion is going to be bitter-sweet and will leave the audience full of surprises and shocks.

If Jaime Lannister dies in Winterfell, it also adds to the probability that Arya will kill Cersei. Arya has mastered the skills to become anybody anywhere possible. Therefore, it is pretty likely that she will travel to King’s Landing, take over Jaime’s face, and will easily kill Cersei. This will allow Arya to check out another name from her list whom she wanted to kill, and will also fulfill the Valonqar prophecy.